On Tuesday 19th March, Hearing the Voice was delighted to host a ‘Best Practice in Psychosis Conference’ in conjunction with the Tyne, Esk and Wear Valleys (TEWV) NHS Foundation Trust and funded by the Wolfson Research Institute at Durham University.  The conference was of particular relevance to those working with people experiencing psychosis, and provided NHS staff with the opportunity to share and showcase areas of good practice, as well as the chance to learn about the ways in which the latest academic research into voice hearing and other unusual mental states can be translated into clinical practice. 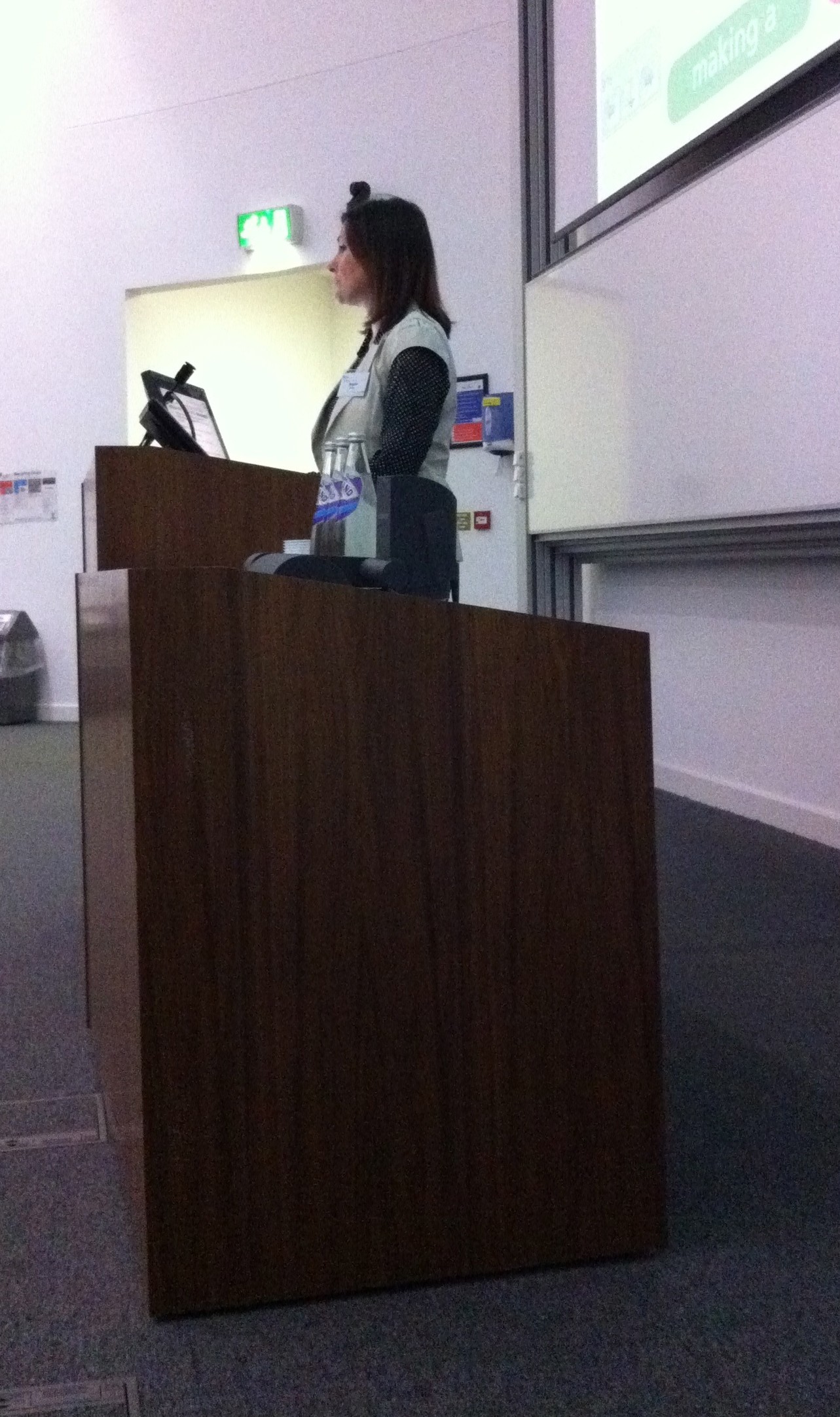 The highlights of the conference included Dr Angela Kennedy’s paper on the prevalence of childhood trauma in those who experience psychosis and how psychosis services are changing (and should continue to change) in order to reflect this fact.   Valentina Short gave a fascinating presentation on the way in which therapeutic interventions should not just aim to relieve distress and ease symptoms, but should seek to uncover people’s strengths and help them to build resilience, thereby fostering self-management and improved treatment outcomes.  We also heard from Dr Itoro Ime Udo, who drew attention to the fact that people diagnosed with serious mental illness die on average 10-30 years younger than the general population. Udo described some of the physical health interventions (e.g. smoking cessation support, statin therapy, lifestyle and dietary advice) that can and should be used by care teams to optimize the health of this population group.  In particular, he called for closer attention to the physical effects of anti-psychotic medication, advocating a review of medication if a patient experienced rapid weight gain or there was evidence of abnormal lipids or blood glucose levels within three months of the commencement of treatment with anti-psychotic drugs.

Andrew Walker gave a presentation on the role of art therapy in the treatment of psychosis.  Drawing on the work of Adrian Hill, Edward Adamson and Margaret Naumberg in the 1940s, he emphasized the role of art making as a form of communication between therapist and patient and a means of releasing unconscious thoughts, emotions, and feelings.  Walker illustrated the way art therapy works in practice by means of a specially constructed graffiti board, which was on display throughout the day, and which conference delegates were encouraged to engage with by drawing on and marking using a variety of different creative materials. 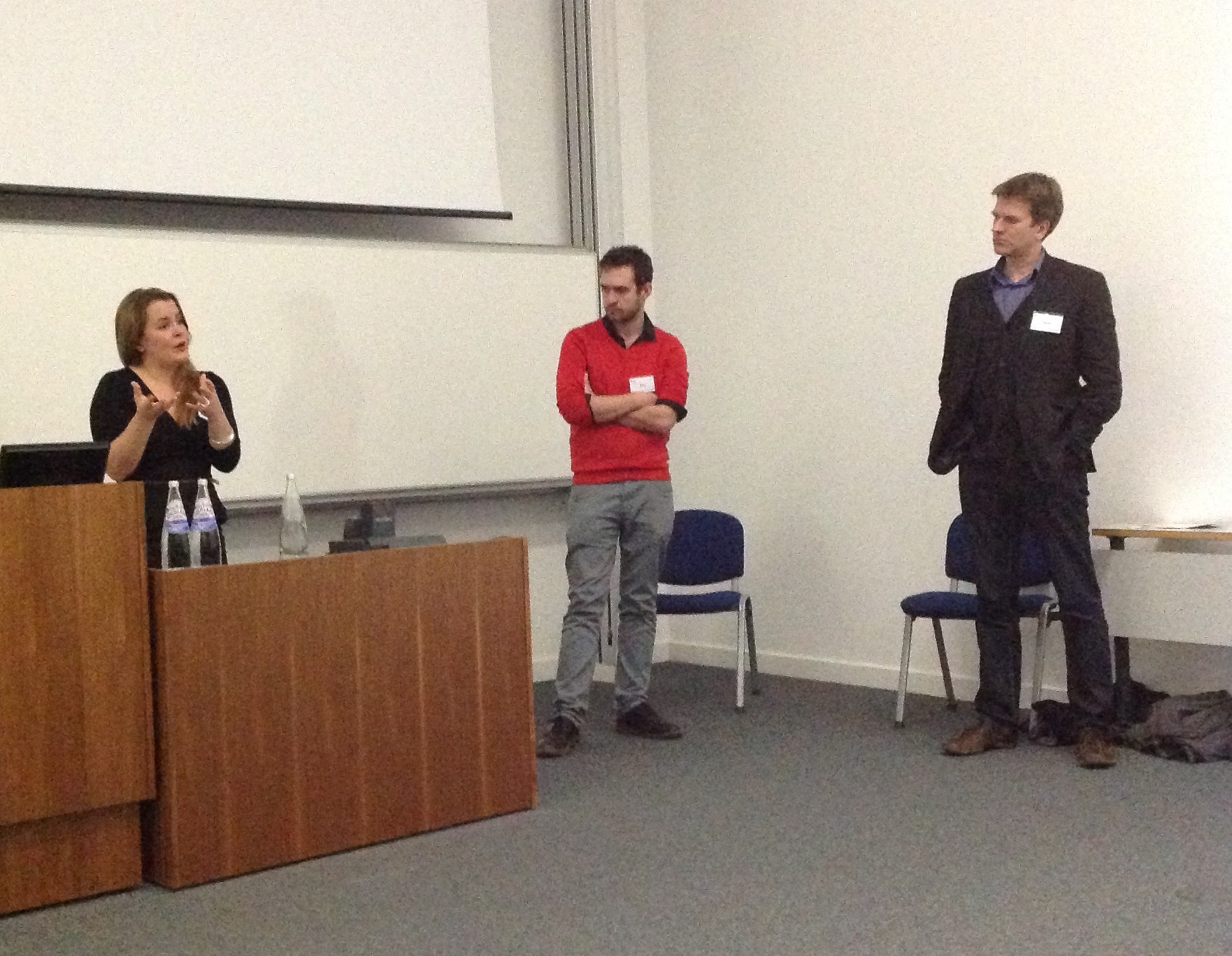 The Hearing the Voice team led a session on the latest academic research into psychosis and other unusual mental states. Charles Fernyhough gave a general introduction to the HtV project and also discussed the ‘inner speech theory’ of auditory verbal hallucinations, according to which voice-hearing experiences result from the misattribution of an episode of inner speech to an external source.  Ben Alderson-Day continued the discussion of this theory, and gave some examples of how the latest developments in technology (e.g. smartphone apps) can be used to examine variations in inner speech and how they relate to variations in voice-hearing experience.  Angela Woods ended the HtV session with a presentation that came from a medical humanities perspective, and which focused on the role of narrative and story-telling in the treatment of psychosis.  Woods introduced the largely clinical audience to some of the key ideas of narrative medicine and narrative psychiatry, and offered some suggestions for ‘a more a nuanced approach’ to working with narrative in clinical practice. These included recognizing that not all people are ‘narrative selves’, that different people will have different modes of self-expression, that narratives are co-produced and should not be co-opted, and that the stories people tell about their experience of psychosis can and do change over time.

Overall, the conference was a great success.  Angela Kennedy, Clinical Psychologist and Tertiary Psychosis Service lead in the TEWV NHS Foundation Trust, said: ‘It was good to see disparate elements of TEWV services come together but what was most exciting was to see a burgeoning collaboration between TEWV and Durham University’.  The Hearing the Voice team hopes to play a key role in continuing to develop and strengthen this collaboration in the future, through meetings of the Joint Special Interest Group in Psychosis (JSIGP) and other similar events.

For more information on the conference please download the Best Practice in Psychosis Conference programme.