Some thoughts on the 10th World Hearing Voices Congress 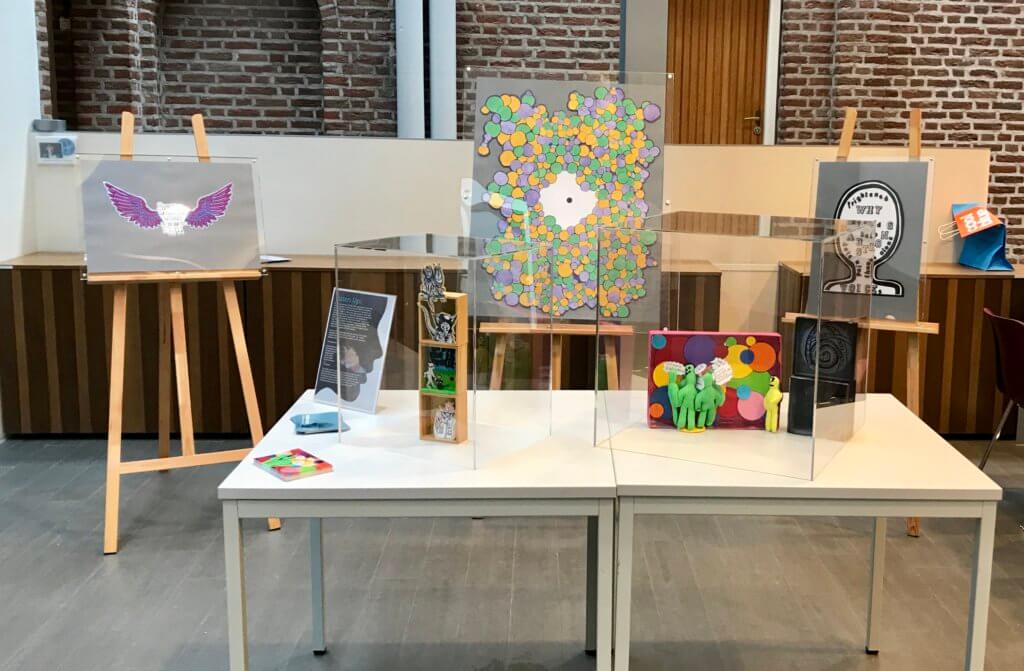 Angela, Ben, Victoria and Becca represented Hearing the Voice at the 10thWorld Hearing Voices Congress in The Hague last week. There was a wonderful atmosphere, and a real sense of pride in what the movement has achieved over the last ten years. We were delighted to help celebrate these achievements by bringing the Communities and Collectives section of our Hearing Voices exhibition to the congress, alongside artworks produced by young voice-hearers from the North-East of England.

The theme for this year’s Congress was ‘Living with Voices: A Human Right’. The audience were treated to many thought-provoking keynotes, including those from Caroline Mazel-Carlton, Indigo Daya and Danius Puras, the UN special rapporteur on the right to health. Workshops and symposia also explored issues such as race and mental health; voices, visions and borderline personality disorder; and how the Hearing Voices Network can be made more accessible for people with disabilities. In the session led by Hearing the Voice, we shared some of the highlights of the project over the past six years, including key findings from our Lancet Psychiatry study and our published research in Brain, as well as our work with spiritualist voice-hearers and our research into the inner voices of writers and readers. We also reflected on the many different ways in which we have sought to increase public awareness of voice-hearing through outreach and arts-based collaborations with voice-hearers.

Since our project started in 2012, Hearing the Voice has attended congresses in Cardiff, Thessaloniki, Madrid, Paris and Boston, and it was a privilege to be at The Hague. We continue to be humbled and challenged by the stories shared and people we meet at Intervoice – it would be impossible to stop learning from these events!