Welcoming Dr Åsa Jansson to the Hearing the Voice team

A warm welcome to Dr Åsa Jansson, who joins our team as a Junior Research Fellow with Durham’s Centre for Medical Humanities and Hearing the Voice. 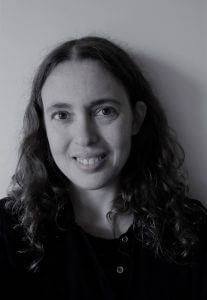 Åsa has a PhD in History from Queen Mary, University of London. She writes:

I’m very excited to join Hearing the Voice and to be part of a project that is truly interdisciplinary and which takes a dynamic, flexible, and person-focussed approach to voice hearing. My background is in intellectual history and the history of medicine. I completed my PhD in 2014 at the Centre for the History of the Emotions at Queen Mary, University of London. My thesis mapped the re-conceptualisation of melancholia in Victorian medicine from melancholy madness to a modern diagnostic category with a biological foundation. In doing so, it showed how modern mood disorders were created through the merging of physiology and psychology. Moreover, it mapped the origins of the relationship between statistical and diagnostic practices in psychiatry. Both developments were foundational to modern psychiatric theory and practice, and remain central to the discipline in the present.

My current project is provisionally entitled ‘A History of Unreality’ and interrogates how modern medicine (chiefly psychiatry) has defined ‘false’ or ‘unreal’ beliefs and experiences as symptoms of mental disorder over the course of a century, from the 1870s until the early 1980s. Modern psychiatry makes two distinctions that are almost universally recognised. The first is between delusional and non-delusional mental disorders, and the second between delusions and hallucinations. Both distinctions arise in part from a perceived need to delineate and catalogue various forms of mental phenomena as objects subject to scientific scrutiny, as well as from a desire to create clinically effective and expedient diagnostic tools. However, the border between delusional and non-delusional insanity has been a constantly shifting. Similarly, the separation of different kinds of unreality has been ambivalent and subject to reinterpretation.

The project will explore these shifts in collaboration with existing work carried out at HtV, and centres around three key questions: First, how do false beliefs and unreal experiences become constituted as such by modern medicine? Secondly, how are different kinds of experiences and beliefs separated into distinct sensory categories for diagnostic purposes? And finally, what are the consequences of an increasingly clear diagnostic division between affective and cognitive unrealities for people who are diagnosed with psychiatric disorders?

More broadly, my research (past and present) explores concerns that speak to the question of what it means to be human. Any attempt to address such questions within the confines of a single discipline will inevitably produce answers that are partial and limited. Thus, I am delighted to join such a genuinely interdisciplinary project, and look forward to exploring new approaches and questions as part of HtV, as well as contributing a modern history perspective to the project.

We warmly welcome Åsa to Durham University and look forward to working with her during her time with us.