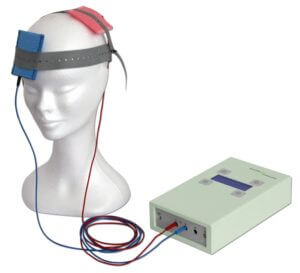 Dr Peter Moseley is a lecturer in the School of Psychology at the University of Central Lancashire who is currently on secondment with Hearing the Voice. He writes:

One thing that has become clear in our work at Hearing the Voice is that there is large variability in how people experience voices. One important aspect that voices differ on is the extent to which they cause distress to the person hearing them; while some people report pleasant, benevolent, or neutral voices, others have abusive and upsetting voices. Options for support and treatment for those with distressing voices range from psychological therapies such as cognitive behavioural therapy (CBT) or voice dialoguing, to approaches based in biology such as anti-psychotic medication or neurostimulation. There are varying levels of evidence for each of these therapeutic approaches, and it is likely that different individuals will find different approaches helpful to them. There has been some controversy recently, however, around the evidence of how one of these techniques, transcranial direct current stimulation (tDCS), affects the brain – or, to be more precise, whether it even affects the brain at all.

tDCS is a noninvasive brain stimulation technique and a relatively recent addition to neuroscience’s arsenal of techniques for probing human brain function. The basic premise of the technique is that by running a weak electrical current between two electrodes placed on the scalp, through the underlying cortex, we can affect the activity in the parts of the brain underlying the electrodes. We can then observe the effect this changing brain activity has on behaviour, and make inferences about what role the stimulated brain area plays in that behaviour. Furthermore, there have been promising studies suggesting that tDCS may be useful as a therapeutic technique for people with distressing experiences (such as hearing intrusive or disruptive voices) or neurological conditions. For example, Jerome Brunelin and colleagues showed that repeatedly stimulating an area known as the temporoparietal junction, in the left hemisphere of the brain, for 20 minutes on 5 consecutive days, led to a reduction in the reported severity of voices, for up to 3 months. (‘Severity’, in this context, was measured by asking participants to fill in a self-report questionnaire asking about frequency, duration, and level of distress caused by voices.) Others, however, have found no effect of tDCS on voices. tDCS seems to have very few side effects, and is not uncomfortable to receive, meaning that it could have potential to be used clinically, if such results are replicated.

A recent presentation at a scientific conference has thrown doubt on the underlying mechanism of tDCS. In an important study, György Buzsáki and colleagues studied the flow of an alternating current from the electrodes, through the scalp to the brain, to try to understand the way in which this current may have its effect. The slightly morbid bit of the study is that the electrodes were applied to the scalp of cadavers, rather than living participants, to enable the researchers to precisely measure the flow of current between the electrodes, and measure the amount of the current reaching the surface of the brain. An article describing the presentation, in Science magazine, reports that Buzsáki found that only 10% of the applied current reached the brain. The rest seemed to be redirected by the skin, not entering the brain at all.

The article was fairly widely discussed by neuroscientists and psychologists on social media, with some interpreting it as evidence that this technique isn’t capable of stimulating neurons at all. By extension, this may mean that such neurostimulation techniques can’t tell us much about the brain after all, and may not be of clinical utility. However, although this new evidence is clearly of importance to the tDCS literature, there are a few caveats that need to be taken into account, and which the wider discussion of the study on social media seems to have missed.

Firstly, it is widely accepted that tDCS doesn’t cause neurons to fire, as Marom Biksom points out in a quote in the article. Without going into too much detail, the most common explanation for the effects of tDCS is that the weak electrical current affects the resting membrane potential of underlying neurons. Put simply, what this means is that rather than causing neurons to fire (which would require a much higher current strength), tDCS probably alters the likelihood a neuron will fire in response to a stimulus. Additionally, tDCS may affect brain plasticity (that is, the extent to which the brain changes from experience). The point here is that the idea that tDCS doesn’t directly cause neurons to fire isn’t new – and doesn’t mean it can’t have an effect on brain activity.

Another problem with placing too much emphasis on these findings is that they haven’t actually been published yet. Although the write-up in Science magazine seems fair and balanced, we don’t know many details about what Buzsáki et al. actually did in their study. For example, the article reports that 4-5 milliamps of stimulation were needed to ‘stimulate the firing’ of neurons, but it is unclear what the outcome measure actually was here (and, as discussed above, we wouldn’t typically expect tDCS to directly cause neurons to fire, anyway). We also aren’t told what electrode size(s) were used in the study, which determines the current density – a crucial parameter in tDCS research. The bigger the electrode, the lower the current density, because the current is spread over a larger area. Typical electrode sizes in tDCS research can range anywhere from 9cm2 to 35cm2. Finally, the report states that Buzsáki et al. used an alternating current (rather than a direct current), which is a less commonly used variant of neurostimulation. The results may therefore be more relevant to alternating current stimulation (tACS) research than more typical tDCS studies.

An important question, though, is whether the amount of current that Buzsáki et al. say does reach the brain (around 10%) is enough to affect brain activity, and therefore cognition and behaviour. You might think we should know by now whether a commonly used technique can have reliable effects on behaviour, given that there are hundreds of published studies that have used tDCS. Two recent meta-analyses, though, provided some surprising findings, by attempting to synthesize much of the tDCS research to see just how big this effect (or lack of an effect) was. Horvath et al., in the journal Neuropsychologia, reported that there was no reliable evidence that tDCS affected either performance on cognitive tasks, or electrophysiological measures of brain activity, with one exception: their meta-analysis showed that tDCS did affect motor evoked potentials (MEPs, a measure of motor cortex excitability). However, some have claimed that Horvath et al. used unfair criteria when deciding which studies to include in their meta-analysis, and meta-analyses by other groups did show effects of tDCS on, for example, areas of the brain involved in language.

It should also be noted that none of these meta-analyses included studies of tDCS in a clinical setting, in which stimulation is usually used repeatedly, over several days. Meta-analyses of these types of studies have found significant reductions in reported levels of, for example, depression, compared to sham stimulation (in which no current is delivered), although, in these studies, it is hard to discount the possibility of a placebo effect, as it is unclear to what extent participants realize they may have received sham stimulation. At the moment, there isn’t enough data to conduct a meta-analysis on studies investigating whether tDCS can be used to decrease the severity of voices, with present findings mixed as to whether it may have the desired effect.

So, is tDCS over-hyped, or just under-studied? I would argue that the most likely explanation for the mixed findings of tDCS on both cortical excitability and psychiatric symptoms is that, as with many new techniques, it has been both over-hyped and under-studied. Initial findings may have presented inflated effect sizes that don’t replicate (either because they were false positives, or because the ‘true’ effect size was actually a lot smaller than originally thought). There are now a plethora of tDCS studies with tiny samples sizes, often with only around 10-15 participants in the entire study. You don’t have to be a statistics expert to see that, with such a small number of participants, tDCS would need to have a very big effect on the brain for us to be confident it was having the desired effect. And, from what we know about the mechanisms of tDCS, including Buzsáki et al.’s study, it is likely that the effect of tDCS will actually be quite small. In the future, we need to run larger tDCS studies, as well as concentrating on replicating previous findings. But we shouldn’t throw the baby out with the bathwater. Even though it may have been over-hyped, it is still possible that tDCS could be a very useful technique to find out more about how the brain works, and even to help those distressed by unusual experiences.

The Science magazine article can be found here. The comments underneath are also worth a read, including one fairly lengthy response from Buzsáki himself.