Charles Fernyhough & Eleanor Longden: ‘It’s time to listen to the voices in your head’ 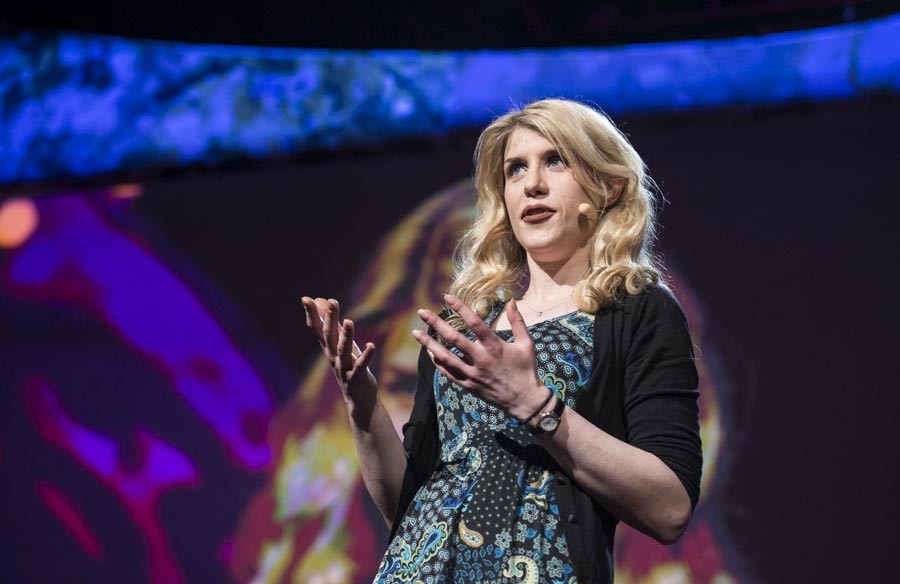 Hearing voices in your head when there’s no one around… that’s a sign of madness, right?

In the popular imagination voice-hearing is often viewed with fear and suspicion, frequently reified as a chaotic, corrupted symptom of illness. But that is changing, with a growing acceptance of voice-hearing as a profoundly human experience that can no longer be reduced to a mere symptom of psychiatric disorder. The work of Intervoice: The International Hearing Voices Network, and the enthusiastic response to Eleanor Longden’s 2013 TED talk, which recounts her own journey to recovery from a demoralizing psychiatric diagnosis, indicate the growing possibilities for people living with the experience to raise their voices with a sense of power and pride.

This movement towards a better public understanding of voice-hearing has been mirrored by an increased interest in the scientific issues it raises. In recent years, academics from such diverse disciplines as psychology, philosophy, medical humanities, cognitive neuroscience, anthropology, theology and cultural studies have begun to reclaim it as a rich, diverse and complex human experience—one that offers abundant possibilities for scientific enquiry.

Take, for example, the idea that voices often relate to trauma or adversity, particularly those suffered in childhood. This view, which has found expression in the personal stories of many voice-hearers, has been supported by a growing body of scientific evidence. But why should traumatic experiences early in life lead many years later to the experience of hearing a voice, or what psychiatrists call an auditory verbal hallucination?

Recent investigations suggest that voice-hearing may provide fresh insights into traumatic memory, and how real-life conflicts become embodied in voices via dissociation (a defensive psychological response to trauma in which thoughts, emotions and memories become disconnected from one another). In turn, the experience that many voice-hearers describe—that of a disembodied ‘other’ dynamically interacting with and intruding upon one’s sense of self—invites exploration into how representations of selfhood are generated and maintained.

Another approach that has proved fruitful has been the idea that voice-hearing relates to one very ordinary aspect of people’s experience: their inner speech. Most of us report talking to ourselves silently in our heads as we go about our business, and it has been proposed that voices result when a person generates a bit of inner speech but, for whatever reason, doesn’t recognise it as their own. This view has received support from numerous studies with voice-hearing psychiatric patients, including findings that similar networks in the brain are activated when people hear voices as when they produce inner speech.

Many problems remain, however, including the fact that we actually know very little about the phenomenal properties of ordinary inner speech, such as whether it has the qualities of a dialogue or a monologue, whether it is fully expanded like ordinary conversation or whether it sometimes has a compressed, note-form quality. Voice-hearing itself comes in an even more baffling array of varieties, from experiences that have the full perceptual force of listening to a person speaking to those that are much more ephemeral and thought-like.

Perhaps most importantly, the view of voices as disordered inner speech does not ring true with many voice-hearers’ lived experience. And yet, at some level, an explanation of voice-hearing must have something to do with how language operates in the brain. Perhaps the biggest challenge facing research in this area is to try to link, and draw on the relative merits of, the trauma and inner speech models. How can adverse experiences early in life, perhaps through the complex, multifaceted mechanisms of memory, lead to alterations in the way words are processed in the brain, and in turn to the sense that one’s self has been overtaken by other selves? Whatever the future for research in this area, it will require a continued focus on voice-hearing as a complex, heterogeneous phenomenon with many scientific secrets to reveal.

Charles Fernyhough directs Hearing the Voice, an interdisciplinary study of voice-hearing funded by the Wellcome Trust and based at Durham University. Eleanor Longden is a doctoral researcher at the University of Leeds and a trustee of Intervoice.

This article was originally published in The Guardian science blog on Friday 8 November 2013 under the title ‘It’s time to listen to the voices in your head’.