‘Life in the Chatter Box’

The Hearing the Voice team were very excited to see project director Charles Fernyhough’s article ‘Life in the Chatter Box’ in the New Scientist this week.

The article focuses on recent research into inner speech and its role in shaping the distinctive properties of human thought.  It also explores the role inner speech plays in decision making, regulating and motivating behaviour, our understanding of our own mental processes, and our awareness of who we are as individuals. 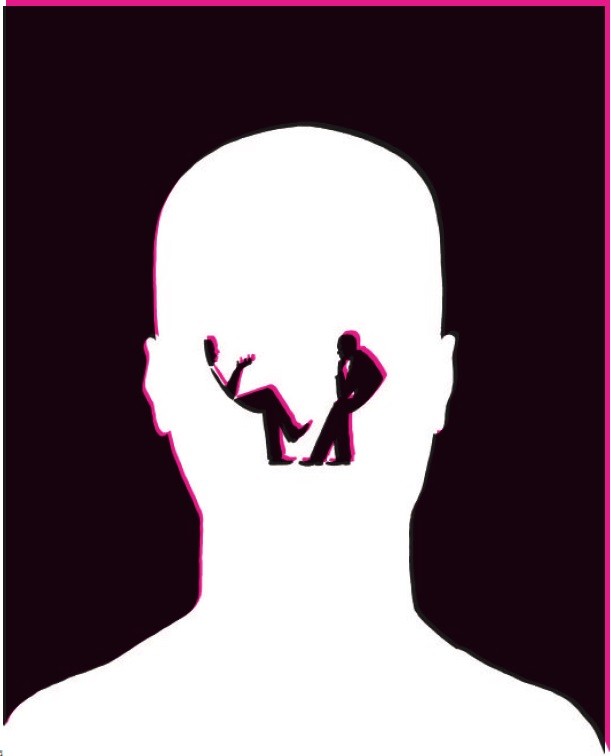 Much of Fernyhough’s thinking about inner speech is influenced by the work of L.S. Vygotsky, a Russian psychologist whose work in developmental psychology initially emerged during the early years of the Soviet Union.  Vygotsky believed that inner speech is irreducibly social in origin.  The “private speech” that children use in order to direct behaviour (for example, while playing by themselves) develops out of a social dialogue with parents and caregivers.  Over time, it is gradually internalised to form verbal thought or inner speech.  Vygotsky proposed that external speech is transformed during the internalisation process, becoming “abbreviated” and “condensed”, so that an individual adult’s inner speech no longer resembles the full sentences he or she may use in dialogue with other people.[i]

One of the consequences of Vygotsky’s view is that very young children are really only able to ‘think out loud’ and pre-linguistic infants don’t have any thoughts at all (at least not where ‘thoughts’ are equated with episodes of inner speech).  However, Fernyhough points out that recent research suggests that a normally functioning adult’s inner speech does in fact have the subjective properties that Vygotsky’s theory would predict for it.  For example, studies involving Russell Hurlburt‘s descriptive experience sampling appear to provide evidence for the compression of sentences that Vygotsky postulated, and recent research by Fernyhough and McCarthy-Jones has found that 60% of people report that their inner speech has an important dialogic property – that is, “the to-and-fro quality of a conversation”.[ii]  This is just what might be expected if Vygotsky is correct and inner speech develops from dialogue and other social interactions.  Fernyhough also points out that fMRI studies have revealed links between inner speech and activity in the left interior frontal gyrus, including a region named ‘Broca’s area’, which is known to play a role in speech production.  In other words, both inner and external speech appear to activate similar neural networks, thereby providing further support for Vygotsky’s theory.[iii]

The subjective properties of inner speech and its neural underpinnings are fascinating in themselves, but what is the connection between inner speech and voice-hearing? Fernyhough explains that on one dominant view, (one which much of his own research has been dedicated to investigating), voice-hearing experiences result from the misattribution of an episode of inner speech to an external source.  That is, the “individual produces an utterance in inner speech that they do not recognise as their own.  The result is that a bit of speech that was actually self-generated becomes attributed to another person: an alien 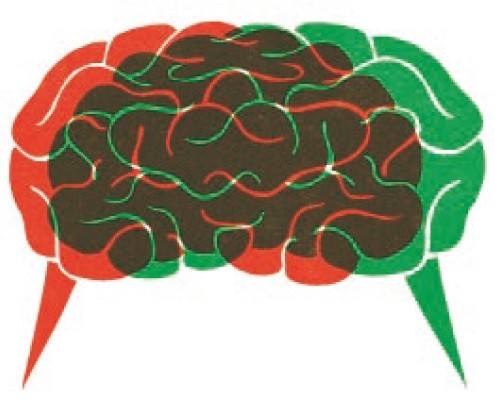 voice.”[iv]   As Fernyhough points out, there is considerable evidential support for this theory.  For example, numerous studies have shown that “people who hear voices produce very slight activation in their articulatory muscles when their voices occur.”[v]  Moreover, cognitive behavioural therapy for auditory verbal hallucinations often works by “blocking the phonological loop, by articulatory suppression” or by encouraging the patient to listen to music, so that “the rogue inner speech cannot be generated.”[vi]

Yet in spite of the evidence in support of the inner speech theory of auditory verbal hallucinations, one of the key points that Fernyhough is concerned to make in the New Scientist article is that not all voices can be reduced to episodes of inner speech.  Indeed, the heterogeneity of voice-hearing experience means that the phenomenon is far more complicated than this.  For while it is likely that inner speech provides the basis for some voices, many voice hearing experiences appear to have their roots in memory: they are, as Simon McCarthy-Jones puts it, “actual or mutated memories of earlier life-events (often traumatic ones).”[vii]  Moreover,  researchers with links to the Hearing Voices Movement have argued convincingly that voices have important personal significance and meaning for the voice-hearer, and that these experiences need to be owned, interpreted and understood in order for the voice-hearer to find a way of living comfortably with their voices.[viii]  This, of course, is where our work at Hearing the Voice becomes particularly relevant.  For we hope that by utilising a unique interdisciplinary approach, which involves working with academics from cognitive neuroscience, English literature, medical humanities, philosophy, psychiatry, psychology and theology, as well as clinicians, artists and voice-hearers, we will be able to weave these different perspectives on voice-hearing together in order to deepen our understanding of this rich and enigmatic experience.

Fernyhough’s article ‘Life in the Chatter Box’ is available to New Scientist subscribers in the normal manner.  The full article is also available for non-subscribers for free for a short time only by registering here.