Reflections on the Best Practice in Psychosis Follow-Up Day

Earlier this month, Hearing the Voice was delighted to hold a ‘Best Practice in Psychosis Follow-up Day’ in conjunction with the Tyne, Esk and Wear Valleys (TEWV) NHS Foundation Trust.  Open to clinicians and practitioners working in psychosis services, the afternoon provided NHS staff with the opportunity to engage in a more detailed exploration of some of the topics that were covered at the Best Practice in Psychosis Conference held in Durham in March 2013. 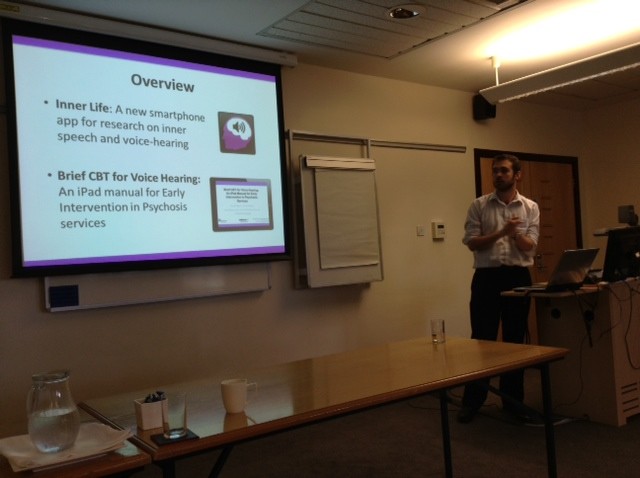 The afternoon began with an ‘Inner Speech and Voice-Hearing: CBT and AppDevelopment Workshop’ led by Charles Fernyhough and Ben Alderson-Day.  Charles gave a brief introduction to his work on inner speech, emphasizing that it is not possible to understand voices without first understanding ordinary inner speech or verbal thought. Drawing on the work of L.S. Vygotsky, he distinguished between two different types of inner speech – expanded and condensed inner speech – and argued that some voice hearing experiences arise when condensed inner speech suddenly becomes expanded and mistakenly attributed to an external source.  Ben Alderson-Day then gave a presentation on the role technology can play in complementing (rather than replacing) therapy for distressing voices.  The focus of his paper was an iPad version of the CBT manual for voice-hearing developed by Guy Dodgson, Jenna Robson and colleagues, and the smart phone app developed by Hearing the Voice.  Clinicians and practitioners had the opportunity to gain hands-on experience with the iPad version of the manual, and we also heard a useful report from Tom Christodoulides, a clinical psychologist in the Northumberland, Tyne and Wear NHS Trust, who has used the iPad version of the manual successfully in a number of clinical sessions.  It was a privilege to gain such valuable feedback on the ways in which the CBT manual could be improved, and we look forward to working with clinicians and practitioners in its further development. 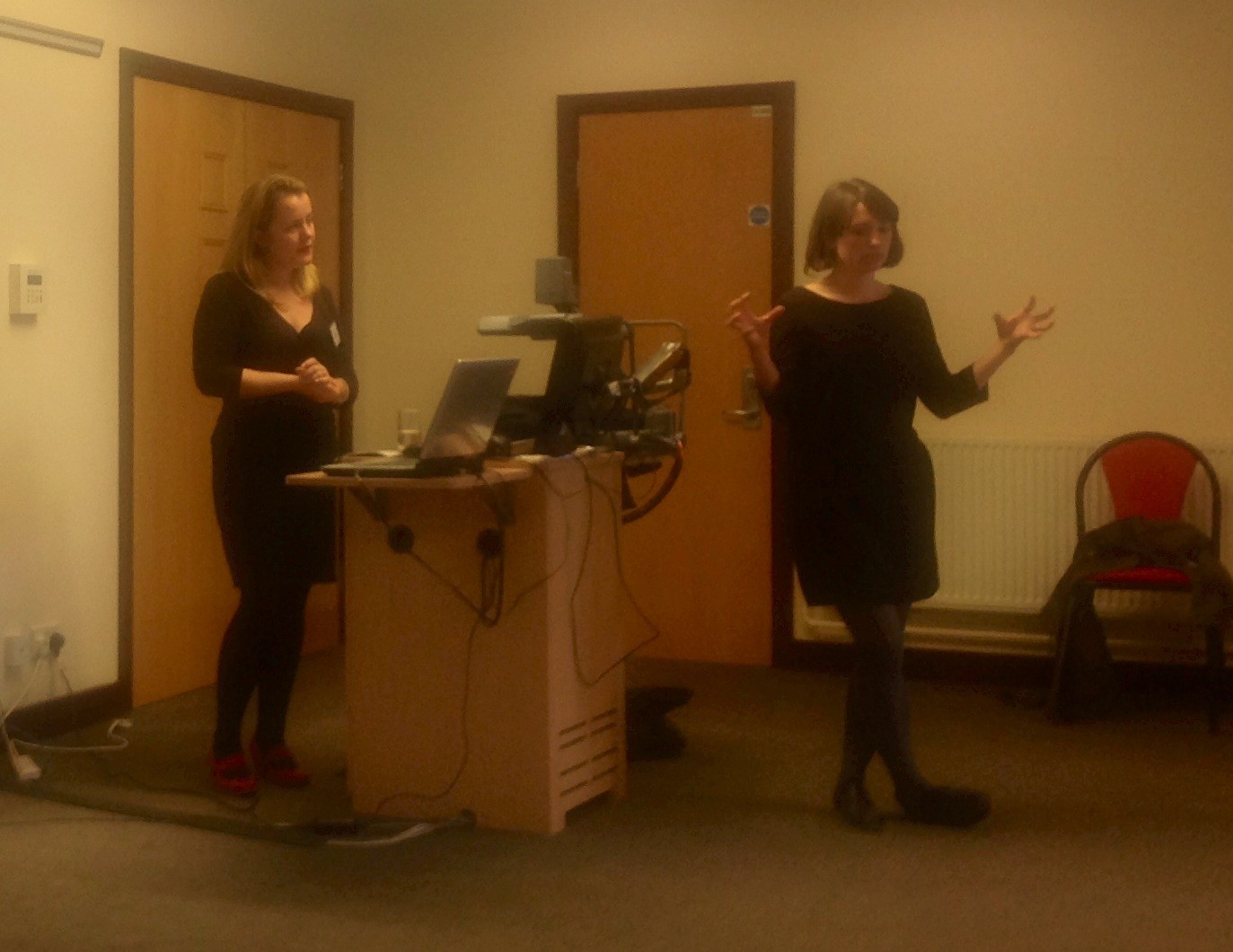 The second part of the afternoon was an interactive workshop on narrative and psychosis, facilitated by Angela Woods and Tess Denman-Cleaver, the artistic director of Tender Buttons.  The aim of this session was to reflect on and become more attuned to the dynamics of storytelling within the context of psychosis.  Angela began by reflecting on the paper she gave at the Best Practice in Psychosis conference in March 2013, and her suggestions for ‘a more nuanced approach’ to working with narrative in clinical settings.  She emphasized the importance of recognizing that not all people are ‘narrative selves’, that different people will have different modes of self-expression, that narratives are co-produced and should not be co-opted, and that the stories people tell can and do change over time.  Tess Denman-Cleaver then invited the group to participate in a series of experimental exercises to explore the way in which the telling of a story can determine the nature and content of the story that is told. These activities, adapted from use in theatre rehearsal processes, represented a departure from the usual modes of academic and clinical training, and led the group to reflect on the importance of recognizing and honouring a person’s ownership of their story, acknowledging how the perspectives and interests of the listener can influence a narrative, and the importance of asking questions which allow positive aspects of a person’s life story to emerge (cf. Valentina Short‘s work on formulation-led resilience building).

The Hearing the Voice team would like to thank everyone who participated in the afternoon’s events.  It was great to hear your thoughts on what you did and didn’t find useful, and to have your feedback on the ways in which our research into voice-hearing and other unusual mental states can help inform clinical practice.  We look forward to continuing the collaboration with TEWV and other NHS Trusts in the region through meetings of the Joint Special Interest Group for Psychosis and similar events in the future. 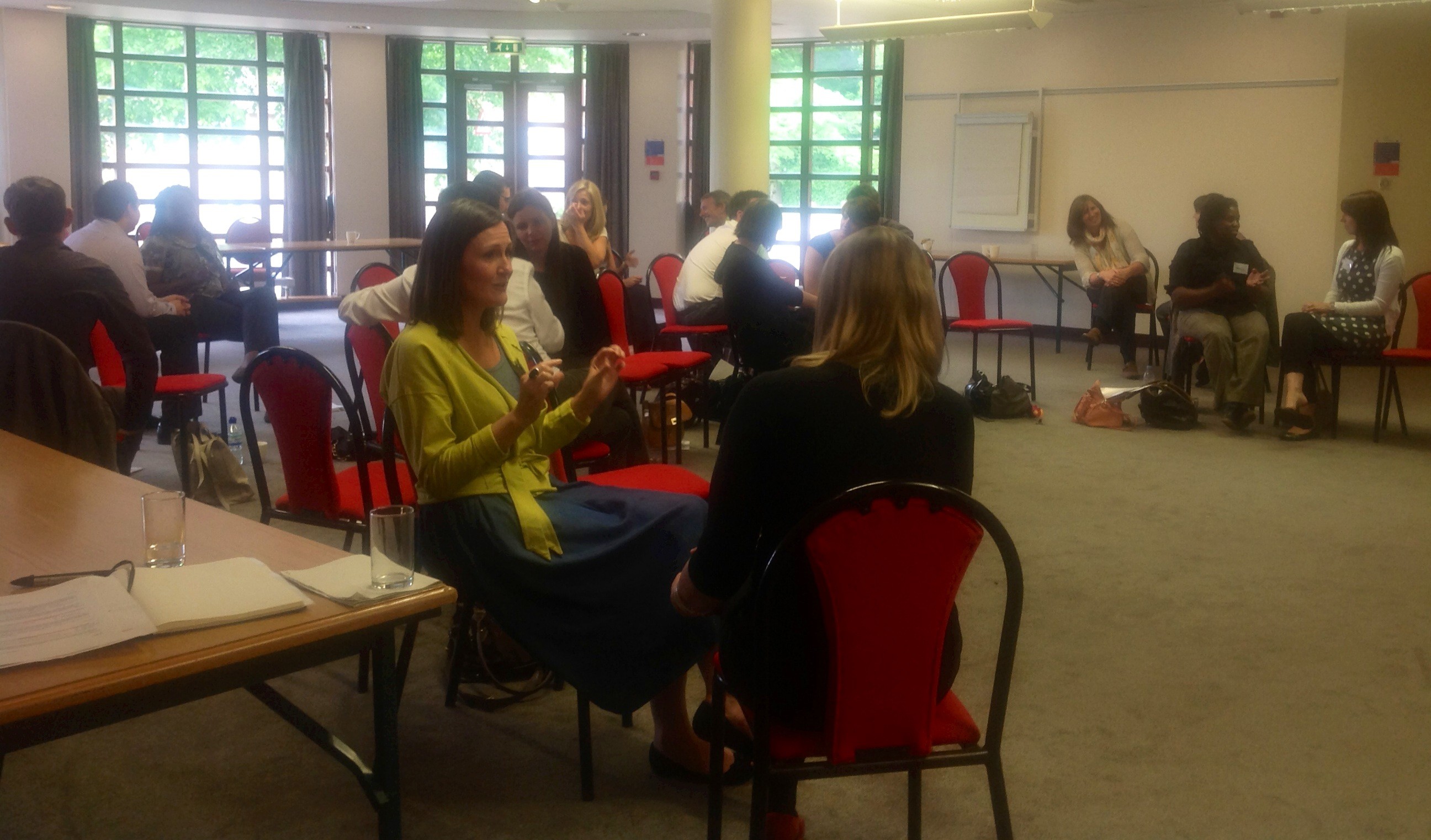 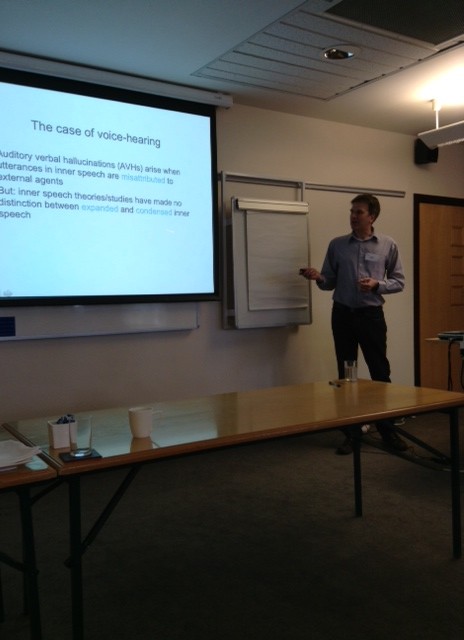