‘Majority of authors “hear” their characters speak, finds study’: Hearing the Voice in The Guardian

When writers say they ‘hear’ the voices of their characters, what do they mean? 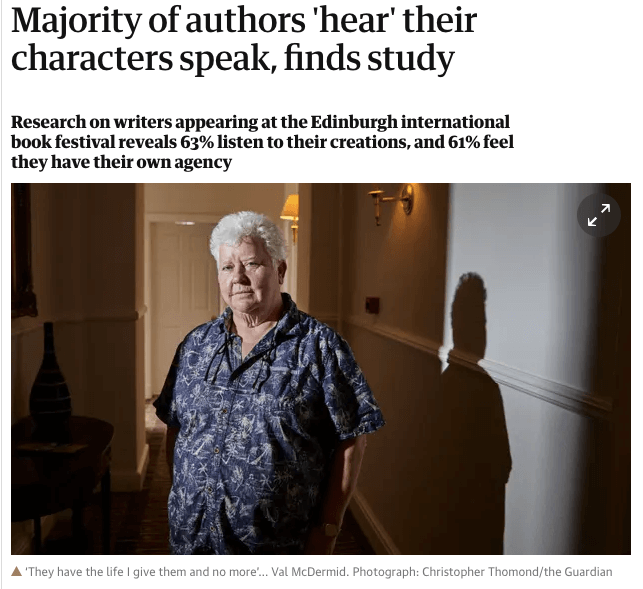 Earlier this week we were delighted to see that the findings of our study of writers’ inner voices and literary creativity were covered in this article in The Guardian.

As part of a five year collaboration with the Edinburgh International Book Festival, our researchers interviewed 181 Festival authors in order to gather detailed descriptions of the way they experience the ‘voices’ of their characters, how some end up ‘acting for themselves’, and what role this plays in the creative writing process.

The full research paper is available to read freely at the link below:

John Foxwell, Ben Alderson-Day, Charles Fernyhough and Angela Woods. ‘“I’ve learned I need to treat my characters like people”: Varieties of agency and interaction in writers’ experiences of their characters’ voices’. Consciousness and Cognition, 2020.