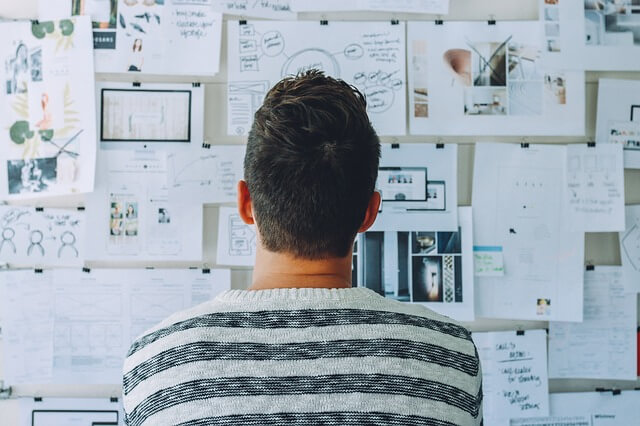 On May 22, Hearing the Voice teamed up with Egenis (the Centre for the Study of the Life Sciences) at the University of Exeter, to host an interdisciplinary workshop on Inner Speech, Self-talk and Mental Health.

The workshop sought to address the following questions. What is inner speech? What is self-talk? Why do we talk to ourselves if we already know what we are going to say? And if we don’t know what we are going to say, what does this tell us about the human mind? What sort of access do we have to our own minds? Does the way in which we think and talk about ourselves have implications for our experiences and our wellbeing?

The workshop brought together a psychologist (Charles Fernyhough), an analytic philosopher (Daniel Gregory), a linguist (Felicity Deamer), a sociologist (Courtney Buckler) and a phenomenologist (Louis Sass).

Charles kicked off proceedings with a wonderfully engaging talk (“The Voices in Our Heads”), introducing the state-of-the-art research on inner speech and voice hearing. In time-honoured HTV fashion, he drew on a wide range of disciplines and sources, from medieval history and literature, with the Book of Margery Kemp and Julian of Norwich, to ultra high-tech and innovative symptom-capture fMRI, using DES (Descriptive Experience Sampling). It was a perfect way to start to the workshop. Of the many take-home messages, one that stood out for me was the discovery, through the fMRI and DES hybrid technique, that elicited “inner speech” and spontaneous inner speech (of which only the latter is ecologically valid) are radically different. The consequences of this are huge, since it means we have to bin all of the data purporting to tell us things about inner speech that uses elicited paradigms.

Daniel’s talk (“Inner speech and the imagery it is made of”) followed beautifully on from this, taking things in a very philosophical direction. The central question was: “Is inner speech actual speech, or imagined speech?” Charles and I have argued for a while that inner speech is (at least in the most important senses) a form of actual speech. Daniel argued against this, with the following argument. Speech requires linguistic tokens, but there are no linguistic tokens in inner speech, since there is no concrete vehicle for that token. Daniel ended by rehearsing a few alternatives to the view that inner speech is actual speech, approvingly citing Martinez-Manrique and Vicente’s “activity view”.

Felicity’s talk (“Self-talk, self-blindness and the nature of communication”) moved from inner speech to self-talk more generally. It presented a resolution to a dilemma that is presented by the very existence of self-talk. To simplify, if self-talk exists then either, (i) we know what we are going to say and self-talk serves no communicative purpose, and must serve some other purpose, or (ii) we don’t know what we are going to say, and self-talk does serve a communicative purpose, namely, it is an instance of us communicating with ourselves. Adopting (i) was the strategy taken by Bart Geurts, who claims that the purpose of self-talk is to entrain commitments, and is not communicative. While accepting that self-talk can usefully play this role, Felicity criticised the view that it is self-talk’s fundamental role (and it’s raison d’être). Adopting the view that we are self-blind, at least to a significant degree, means that we can adopt (ii): self-talk does play a communicative role. How we are to cash out this communicative role, Felicity argues, could be Gricean (where we recognise, through self-talk, our own communicative intentions and thereby gain self-knowledge), or Non-Gricean. The version of the Non-Gricean view that Felicity rehearses is one that bypasses communicative intention altogether, and involves direct expression. In short, communication is about organisms showing their states of mind. Some instances of self-talk seem Gricean (“What did I come upstairs for?”), while others seem more directly expressive (“I’m such an idiot!”).

After lunch, we moved more squarely onto the topic of mental health. Courtney presented her talk (“Epistemic uncertainty and depressed selfhood: A digital ethnography of Twitter content”), which examined Twitter content and depression, with a particular focus on a conception of depression as specifically “a chemical imbalance”. Her main interest was in how the way in which people thought of depression in this way (regardless of whether this is a scientifically defensible position or not) impacts on their views of themselves and on how they are treated by others. Using very poignant examples from Twitter, Courtney differentiates six qualitatively different responses to thinking of depression in this way. These are, 1. Objectified brain, 2. Risky selfhood, 3. Rejection of moral deficiency, 4. Rejection of negligence, 5. Sense-making, and 6. Mixed Blessing. One fascinating aspect of this exploration was how this “chemicalization” of depression interacts with (broadly speaking) ethical judgments. The picture here, however, is extremely complicated. At times it alleviates fault of morality or character (“I’m not weak, it’s just my brain”), while at other times it can be used as an insult (“You must have a chemical imbalance to say stuff like that!”).

The workshop ended, very fittingly, with Louis Sass talking about “Introspection, Phenomenology and Psychopathology.” Louis gave a very thorough and nuanced explanation of what phenomenology is, how it contrasts very sharply with introspection, and the role that it can play in our understanding of psychopathology. He also contrasted phenomenology, in the school of Husserl, and also Merleau-Ponty, with the recent micro-phenomenology of Claire Petitmengin and colleagues. One of Louis’s points that resonated with me was the idea that profound insights from phenomenologists like Husserl give us an enhanced awareness and understanding of possible experiences. This is tremendously useful in helping us understand psychopathology. But it is two-way traffic: the psychopathology itself can then feed back into our phenomenological framework, and enhance our appreciation of possible experiences.

Dr Sam Wilkinson is a lecturer in Philosophy at the University of Exeter. He works on hallucinations, delusions, psychosis, trauma, and the nature of illness and wellbeing. Sam is also interested in perception, action and emotion as viewed from predictive processing and embodied perspectives, and especially in the way that the mind harnesses social and cultural context to enhance and shape cognition.