We are very pleased to welcome Dr Guido Furci to Hearing the Voice as a Junior Research Fellow with HtV and the School of Modern Languages and Culture. Guido received his BA and his Master of Modern Philology at the University of Siena, after which he went on to receive his PhD from the School of Comparative Literature of the University Paris 3 – Sorbonne Nouvelle (Paris Sorbonne Cité). He also holds a MAS in Literature and Aesthetics, as well as two graduate degrees in Media Literacy and Jewish Studies. Before coming to Durham, he worked for Johns Hopkins University (Baltimore, MD), the Foundation for the Memory of the Shoah (Paris) and the Swiss International School of Paris and Dijon (where he supervised the Division of French and Italian). He writes: 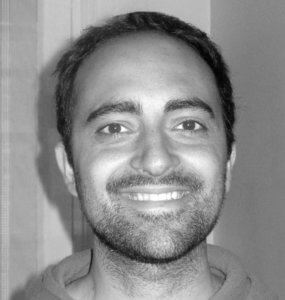 During my PhD, I have been explored the notion of “indirect witnessing” looking at the under-researched triangular correspondence between the Italian author Primo Levi, the Israeli writer Aharon Appelfeld, and the American novelist Philip Roth. In my thesis, I have demonstrated that far from operating as a transparent medium, in historical witnessing, literature provides forms, solutions and strategies that underpin a cognitive enterprise of understanding by testifying.

For my Fellowship in Durham, I am planning to expand this line of inquiry to the experiential and conceptual meaning of voices in the instrumental witnessing work of Primo Levi. Literature as a silent art is nonetheless chiefly concerned with rendering the dynamic emergence of multisensory experiences and interactions of a plurality of voices. In literary witnessing of events such as the Holocaust, this tension between sound and silence, voices and muteness, is even amplified because collective voices reach the magnitude of a multitude, which has been reduced to silence by death. This tension and its possible rendition or overcoming becomes explicit in the work of Levi on several levels. On the one hand, he reflects on the polyphonic potential of literature and refines literary devices for actualising it. On the other hand, he progressively focuses on the obsession with voices that prisoners of the camps develop either during their experience of concentration or in their surviving experience after the end of the war. I am also planning to investigate the density of cultural references that might be beyond the metaphysical component of dialogical voices in Levi. In Jewish culture, episodes of possessions and revelations through the voice are not only frequent but even foundational. Besides the dybbuks (malicious possessing spirits believed to be the dislocated soul of a dead person), it is enough to think of Moses’ episode on Mount Sinai, where the divine laws are communicated to the prophet through a vocal epiphany (many Torah commentators speak, in this regard, of “Logophany” or ‘the appearing of a voice’). In the testimonies of those interned in concentration camps the distortion of every moral law experienced in ghettos and camps is often associated, albeit as an opposition, with the prophetic experience. This is an important point that deserves to be explored further due to the many philosophical and theological implications it implies. Even in this respect, Levi seems to offer many insights.

I am absolutely thrilled to be joining the Hearing the Voice team! Throughout my time as a Visiting Scholar, Teaching Assistant and Postdoctoral Fellow in the American academic system I came to appreciate the importance of being in a multi-disciplinary environment, where my work may benefit from enriching exchanges with people of different backgrounds and a high level of expertise. This conviction shows why I see my new affiliation as an invaluable opportunity.