Hearing the Voice are delighted to draw your attention to a screening of Kevin Tomlinson and Phil Borges’ film CRAZYWISE on 18 July (6:15PM) at the UCL Institute of Child Health, organised by Mind in Camden.

Exploring the lives of those who have turned psychological crisis into a positive, transformative experience, this screening of CRAZYWISE will be accompanied by a panel-audience discussion. The panel will feature the following speakers:

Tickets cost £12 for waged and £7 for unwaged, and can be booked online via the eventbrite page. Alternatively, cash can be paid on the door.

What can we learn from those who have turned their psychological crisis into a positive transformative experience? Filmmakers Kevin Tomlinson and Phil Borges explore this question in their film CRAZYWISE, following two young Americans – Adams (27) and Ekhaya (32) – who achieved precisely that.

When interviewed about the origins of the film for Psychology Today, Phil explained:

“While documenting human rights issues faced by tribal and indigenous cultures around the world, I began meeting their healers and seers we call Shamans. Many of them recounted having extreme anxiety, hearing voices or seeing visions. They were typically comforted and told their symptoms were ‘a calling’ that identified them as having potential to become a Shaman. Typically an older Shaman would mentor them through an initiation process in which they learned to manage their very unique and powerful sensitivities.

Back home, our film team began meeting many individuals who are part of a growing movement of survivors. What these ‘people with lived experience’ have to tell us, and what other cultures have to show us, could spark a much-needed conversation about our current mental health care practices and perceptions.” 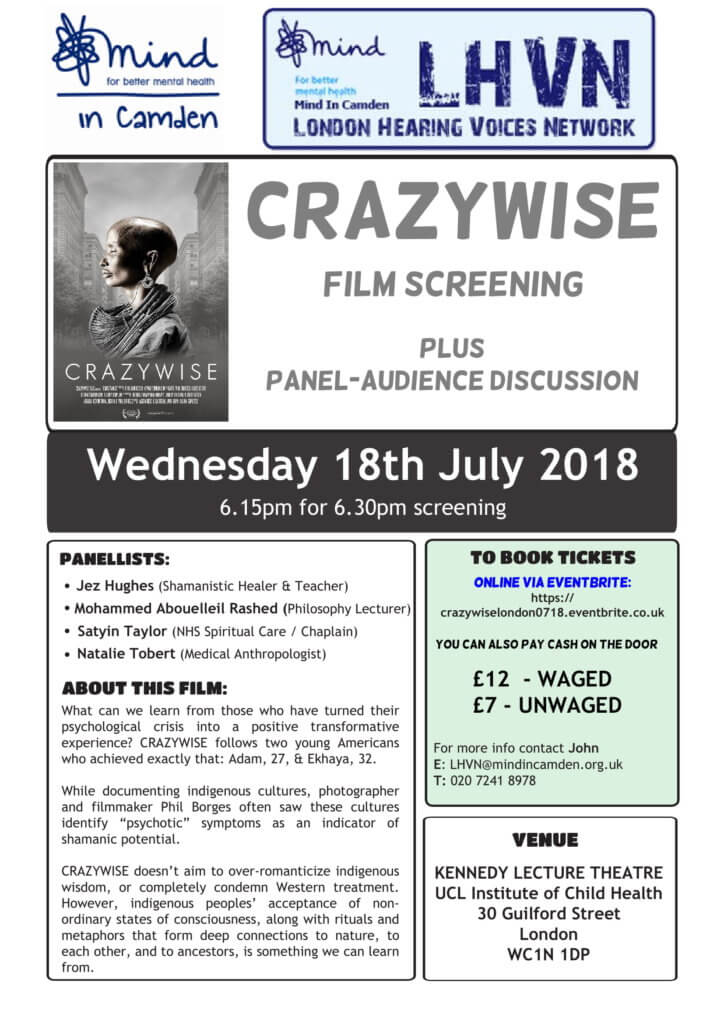