Hearing Soundless Voices: a Grammatical Analysis of Verbal Hallucinations (May 31) 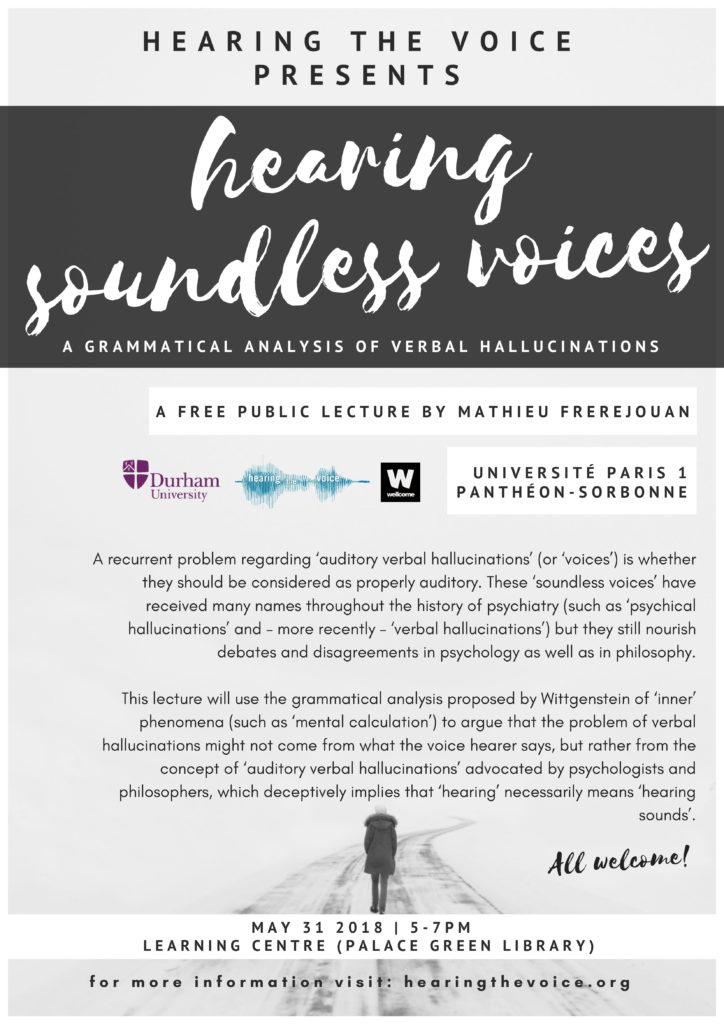 Hearing the Voice warmly invites you to attend a public lecture by Mathieu Frerejouan (Université Paris 1 – Panthéon Sorbonne) on May 31 (5-7PM) at Palace Green Library. Exploring whether ‘auditory verbal hallucinations’ (or ‘voices’) should be considered as properly auditory, Mathieu’s talk will use the grammatical analysis proposed by Wittgenstein to suggest that the problem lies not with the language used by voice-hearers – for it is part of ordinary language to speak of mental events in perceptual terms – but instead can be attributed to the concept of ‘auditory verbal hallucinations’ advocated by psychologists and philosophers.

All are welcome to this free event.

A full abstract can be found below:

A recurrent problem regarding ‘auditory verbal hallucinations’ (or ‘voices’) is whether they should be considered as properly auditory. Indeed, it has been observed that the claim of ‘hearing voices’ is sometimes accompanied by the description of these voices as being ‘silent’, ‘inside the head’, or even ‘like thoughts’. These ‘soundless voices’ have received many names throughout the history of psychiatry (such as ‘psychical hallucinations’, ‘pseudo-hallucinations’, and more recently ‘verbal hallucinations’) but, despite these various attempts at classifying them, they still nourish debates and disagreements in psychology as well as in philosophy.

The aim of our presentation will be to defend that the grammatical analysis proposed by Wittgenstein of ‘inner’ phenomena (such as ‘inner speech’ or ‘mental calculation’) can shed a new light on this problem. Indeed, as it is part of ordinary language to speak of mental events in perceptual terms, there is nothing grammatically incorrect in saying that we ‘hear’ a soundless voice. As such, the problem of verbal hallucinations might not come from what the voice hearer says, but rather from the concept of ‘auditory verbal hallucinations’ advocated by psychologists and philosophers, which deceptively implies that ‘hearing’ necessarily means ‘hearing sounds’. 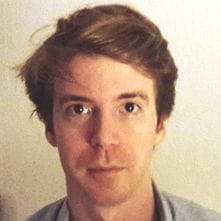 Mathieu Frerejouan is a doctoral student at the Université Paris 1 (Panthéon Sorbonne). His research focuses on the concept of hallucination from an historical and epistemological viewpoint. He is a member of the ALIUS research team.