God of the (Consciousness) Gap: Religious Experience between Waking and Sleeping

What if I told you that last night I was visited by an angel whilst lying in bed? What if I could provide specific details, like that there were diffuse light and a sense of euphoria accompanying my encounter with the angel? What if I said that he beckoned me to approach and that, when I obliged, it seemed that I was only approaching in spirit; I could see my physical body still lying in bed? If it was not a dream, what was it?

Depending on your personal religious beliefs, epistemological commitments, cultural context, and sundry other variables, you may respond with an accusation of fabricating a tall tale, of being mentally ill, or of having had the privilege of enjoying a bona fide spiritual encounter. Ultimately, your response will have much to do with your expectations and, likewise, with your understanding of the available plausible options. In this way, our presumptions shape our conclusions (an inevitable force often strongly resisted by academics as they strive to push the cart of human knowledge ever forward).

Even so, my recent work with Durham University’s Hearing the Voice project – analysing accounts of religious experience in 19th-century America – indicates that an individual’s (or group’s) philosophy of mind shapes both the interpretive categories and descriptive terms used to recount unusual experiences. On the surface, this may not seem particularly noteworthy. Yet, it has ‘soft’ and ‘hard’ implications for the study of religious experience. On the modest side, this means that when an experience is identified as ‘spiritual’ or ‘religious’ and described (as they very commonly are in 19-century texts) as a ‘vision’ or ‘dream’, such language and interpretation may result from overly limited conceptual options.

Specifically, my research suggests unfamiliarity with a ‘third way’ of human consciousness – that between waking and sleeping – amongst the 19th-century religionists who chose to record their unique experiences. Consequently, many accounts from this period use ‘dream’ and ‘vision’ interchangeably or, contrastingly, attempt to distinguish between the two based on a tacit assumption that dreams are mundane sleep phenomena and, thus, visions are something special – even when the latter occur at night in bed.

In contemporary psychiatry and psychology, however, the set of hallucinoid phenomena that occur at night in bed, but that are not dreams, have a name: hypnagogia. These multimodal (visual, auditory, haptic, and emotional) experiences take place in transitional stages of consciousness between waking and sleeping, or sleeping and waking. In other words, they do not constitute either sleeping dreams or waking hallucinations (nor are they tall tales). They may include hearing one’s name called, feeling a presence in the room, feeling fear, or enjoying a sense of euphoria accompanying an out-of-body experience. They are also relatively common – estimates range between 30% and 70% of the general population.

The ‘hard’ significance of this, then, is that my 19th-century cases not only exhibited confusion over appropriate language (was it a ‘dream’ or a ‘vision’) because of an unawareness of the continuum of consciousness, but also may have been deemed special (therefore, religious/spiritual) precisely because of that unawareness. Those who saw an apparition in their room as they retired to bed or who ‘floated’ away from their bodies were very likely experiencing the ‘third way’ of hypnagogia, but with no conceptual space for such a liminal state there was only room for invocations of the supernatural. Indeed, based on a comparison with recent phenomenological studies of hypnagogia, I estimate that 32% of the 65 historical cases I have studied fit the definition of hypnagogic (between waking and sleeping) and hypnopompic (between sleeping and waking) hallucinations.

Of course, this sort of retroactive application of contemporary categories risks being reductionistic and misleadingly anachronistic, but let’s not ignore that ‘hypnagogic hallucination’ was coined by the French psychiatrist Alfred Maury in 1848, the very midpoint of the century on which I am focused. What is more, his fellow Frenchman Alexandre Brierre de Boismont also discussed this liminal state of consciousness (‘hallucinations in dreams’) in his 1853 book, Hallucinations. So, emerging 19th-century categories for attendant 19th-century phenomena…

In the end, this hypnagogia hypothesis contends that the terms ‘dream’ and ‘vision’ were used inconsistently during this period because phenomena comprising hypnagogia, and the state of consciousness they represent, were unknown to those trying to make sense of their experiences. They, too, wanted to know, ‘If it was not a dream, what was it?’

For the whole argument, look for ‘The Hypnagogia Hypothesis’ to be published soon, or you can simply email Adam with questions and comments. 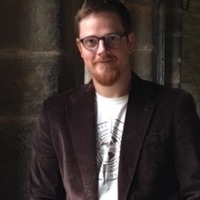 Dr Adam Powell is a COFUND Junior Research Fellow in the Department of Theology and Religion, and is particularly interested in representations of voice-hearing in early Mormonism. Further information about Adam and his other publications can be found here.

Boismont, A. (1853) Hallucinations; Or, The Rational history of Apparitions, Visions, Dreams, Ecstasy, Magnetism, and Somnambulism. Philadelphia.

Cook, C. (2013) ‘The prophet Samuel, hypnagogic hallucinations and the voice of God – psychiatry and sacred texts,’ The British Journal of Psychiatry 203/5: 380.

Jones, S., Fernyhough, C., and Larøi, F. (2010) ‘A phenomenological survey of auditory verbal hallucinations in the hypnagogic and hypnopompic states,’ Phenomenology and the Cognitive Sciences, 9: 213-24.

Mavromatis, A. (2010) Hypnagogia: The Unique State of Consciousness Between Wakefulness and Sleep. London: Thyrsos Press.

Ohayon, M. (2000) ‘Prevalence of hallucinations and their pathological associations in the general population,’ Psychiatry Research, 97: 153-64.