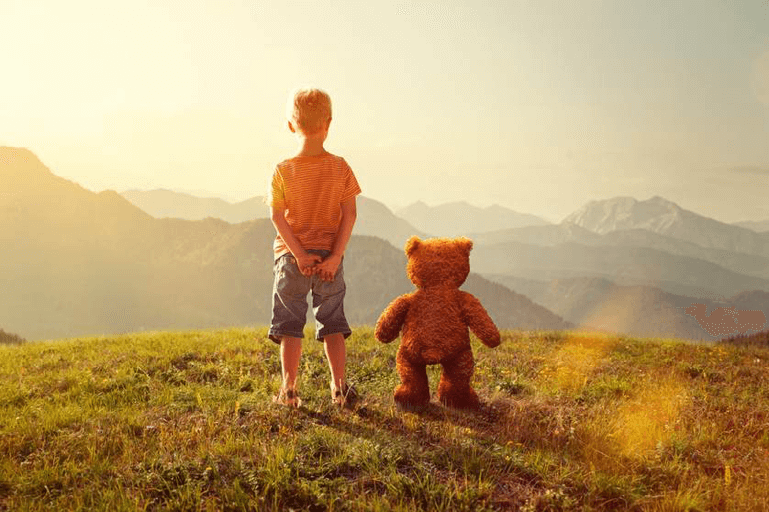 Imaginary companions are a phenomenon most commonly observed in young children. It is estimated that between a third and two thirds of children aged 5-12 report experiencing an imaginary friend who they might see, talk to, or play with. For as long as research has been going on the topic, people have asked how having an imaginary companion (IC) might relate to cognitive development and mental health.

One comparison that is sometimes made is between having an IC and hearing voices. Voice-hearing is reported by individuals of all ages, and experienced by approximately 5 – 15% of the population. Although usually associated with schizophrenia, many people hear voices without the presentation of clinical symptoms and distress that would prompt a psychiatric diagnosis. Such experiences are also regularly encountered in children: for example, one study found that 9% of children aged 7 to 9 report hearing voices and other unusual experiences.

Researchers are only just beginning to understand how ICs and voice-hearing might be linked, but there is some evidence to suggest that they might involve similar cognitive processes.  For instance, Fernyhough et al. (2007) compared the performance of 4-8 year olds with and without an IC on the “Jumbled Speech” task, in which participants have to indicate how many words they hear in a string of mixed-up speech sounds. It was found that hearing words during the task was associated with the existence of an imaginary companion. This result – along with other findings – is quite close to what other researchers have found when voice-hearers are asked listen out for speech on similar tasks, suggesting the two phenomena might be related.

There is also evidence that having an IC in childhood makes a difference to your imaginative abilities in adulthood.  Firth et al. (2015) found that adults with a history of ICs score higher on imagination tasks and rate themselves higher on scales of imagination in comparison to control groups. If so, the cognitive and imaginative skills associated with having an IC as a child might persist and overlap with other, similar experiences in adulthood (such as voice-hearing).

In our new study, we want to investigate this further by comparing people with and without a history of imaginary friends on two tasks that we think might be important for understanding ICs and voice-hearing: one testing auditory attention, and other examining “theory of mind” (or how we understand others). The study typically lasts 45 minutes, and is open to anyone over 18, although we are especially looking for people who have had an imaginary friend in the past. Each participant will receive a £10 Amazon voucher for their time.

If you have any further questions, or wish to participate in this study, please feel free to contact Ashley Watson or the project supervisor Dr Ben Alderson-Day.