Beckfest is a longstanding event for people who are developing and trialling interventions for Cognitive Behavioural Therapy in Psychosis (CBTp).  Tim Beck, who developed CBT, attended well into his eighties and hopes that there will soon be a Beckfest in Philadelphia, so he can attend again.  The event rotates between Europe and North America and this year the venue was Vancouver.  Every Canadian I met wanted to talk about what a terrible winter they had endured, but there was wall to wall sunshine for Beckfest.  All cities, look good in the sun, but Vancouver looked stunning.  The circling mountains were snowcapped, the sea blue and Stanley Park verdant.  Attendance was good!

The format of the event is a series of lectures and updates, with a couple of debates.  The event leaves you aware of what is current in the field, but also helps you make connections with key researchers.  This is really helpful for HtV, as the development of new techniques to help people is one of our project’s primary aims.  The first morning was devoted to updates about different trials that are underway.  The effectiveness of CBTp has been criticised, but it can produce effect sizes comparable to antipsychotic medication. There was some later debate about how hard it is to increase effect size of CBTp, partly as participants with comorbidities are not excluded and the heterogeneity of people with a diagnosis of psychosis, makes targeting interventions difficult.  However, all are keen to increase effectiveness, whilst respecting the different goals of service users.  Several trials were very focussed on looking at outcomes that are important to many, such as personalised goals, relationships and employment.  There was also research on people in different phases, with some people developing interventions for people in hospital, or people in forensic units or to improve the quality of life of people who have enduring problems.  Perhaps the most interesting update was from Professor Tony Morrison (University of Manchester) about a trial looking at whether CBTp, antipsychotic medication or a combination of both is most effective for people presenting to services (mostly people who are supported by Early Intervention in Psychosis teams).  The data is still being analysed, but initial findings are interesting.  ‘Third wave’ interventions for CBTp were also represented and it will be interesting to see how the evidence base develops for Mindfulness and Compassion Focussed Therapy.

A lot of the other presentations focussed on how to increase the availability of CBTp.  There are attempts to develop interventions that can be conducted by less senior staff to increase availability, whilst trying to ensure that the key ingredients of CBTp are not lost.  There are also major initiatives in England, China, USA, Canada and Japan aimed at increasing availability.  The current financial climate is hampering progress, but people with physical health problems are usually able to access evidence based interventions in the developed world.  Dr Flilippo Varese (Lancaster University) is leading on a major collaboration that will access the individual patient data from multiple trials to understand who CBTp is most appropriate for and the key ingredients, which will inform attempts to scale up the delivery of CBTp.  I was fascinated by two presentations that focussed on experiences which are risk factors for psychosis. One came from Dr Varese, who also presented work supporting the idea that dissociation may mediate the relationship between childhood trauma and voice-hearing.  This is an area where there is a keen interest in HtV, as we want to understand the mechanisms behind voice-hearing, to challenge stigma and improve treatment.  Another was the presentation by Professor Paul Bebbington (Centre for Crime and Justice Studies), who used data from the Psychiatric Morbidity Study and a very big computer in Switzerland to build a Directed Acyclic Graph (all questions re methodology to be directed to his son).  This suggested that bullying can lead to voice-hearing through two routes, one is directly through persecutory ideation, the second via depression, which is itself mediated by worry, mood instability and persecutory ideation.  The significance of the study is that potentially people who have experienced bullying and are showing persecutory ideation can be offered treatment to prevent them developing experiences of distressing voices.

After exercising the mind, it was good to seize the opportunity to exercise the body so a few days of leave were taken to explore some of the beauty of British Colombia.  The photograph below shows just how stunning this part of the world is. 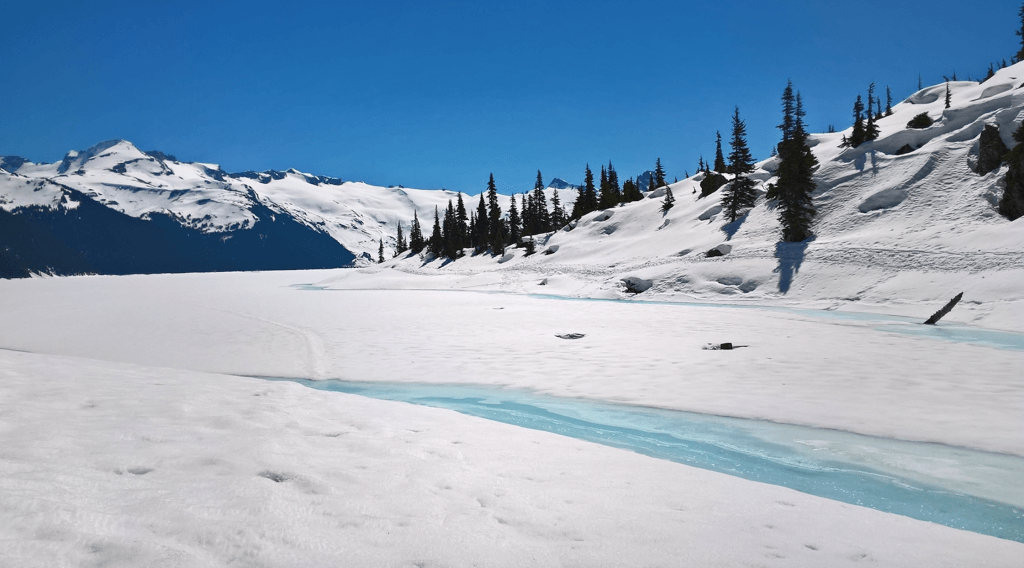