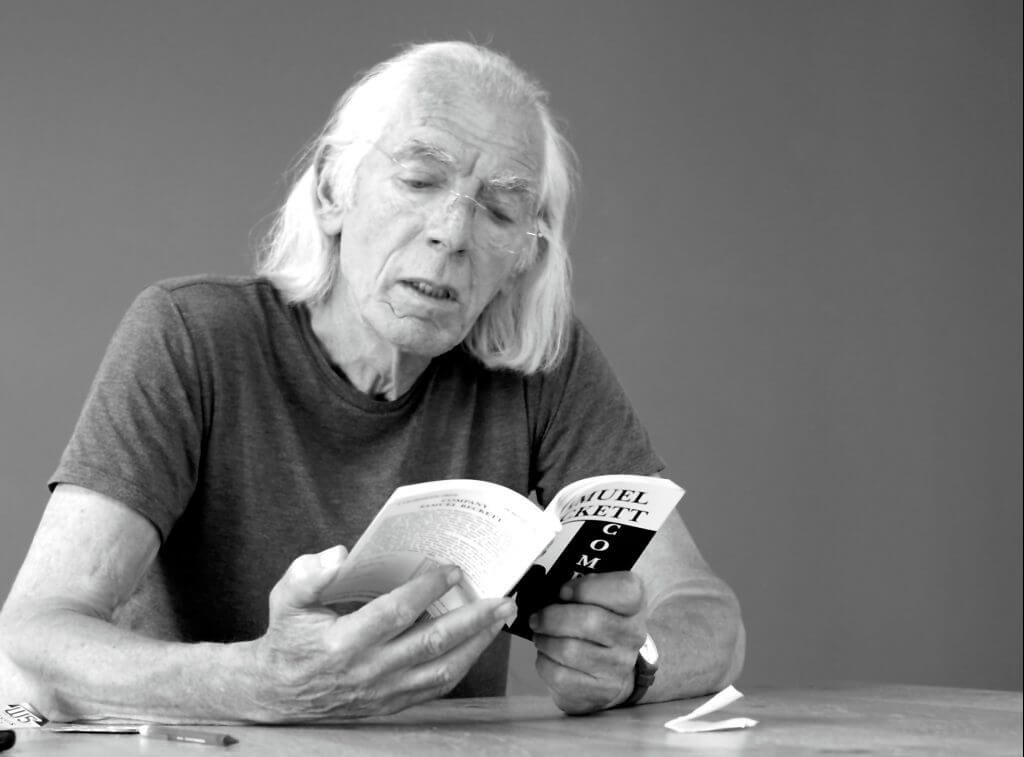 Samuel Beckett wasn’t particularly tender with “those bastards of critics”, who were asking him for elucidations of “mysteries that are all of their making” (Letter to Alan Schneider in 1957). He had a negative stance towards academic explanations, knowledge and interpretations in general, and of his work in particular. This resistance coheres with his artistic attempt to deliver what he calls in another letter an “acceptance of ignorance” – about our self, our minds, our human quest for meaning. Among the mysteries that Beckett’s work is asking us not to grasp but to experience is our drive to concoct stories, notably about ourselves; an incessant activity that partly supports our feeling of a consistent identity. In Company, he investigates the structure of our inner storytelling by letting us perceive the paradox of being at the same time creators, narrators, and characters of our life as narrative.

Renowned Beckett scholars and performers have been invited to challenge their knowledge of the author and of the text by attending a performance of Company in the Chapel of the Holy Cross in Durham. In this public event, they will report on their experience of the performance, and on how this affected, confirmed, enhanced or called into question previous understandings of the author, of voices in his work, of the text, and of their own human inner storytelling activity. In this “little session of autology” – as Beckett defines introspective moments of exploration – knowledge and ignorance will alternate in an open discussion about the enigmatic need for stories, voices, figments and company.

All welcome. Reservations via Eventbrite here.

Performances of Beckett’s Company, co-directed by Marco Bernini and Mary Robson, are taking place in the Chapel of the Holy Cross in Durham Cathedral from 16 to 20 January 2017. More information about the performances, as well as how to book tickets, can be found here.

This event is part of the linked programme of activity that surrounds Hearing Voices: suffering, inspiration and the everyday – the world’s first exhibition to examine voice-hearing from personal, scientific, literary and theological perspectives.

The exhibition is now on show at Durham’s Palace Green Library until 26 February 2017. It is supported by a dedicated website, which contains images of the key displays, podcasts containing interviews with Hearing the Voice researchers, interactive presentations and links to articles and other useful resources.

Of particular interest to Beckett fans will be the online resources on literary voices, including an audio feature in which Pat Waugh, Peter Garratt and Marco Bernini explore the connection between hearing voices and literary creativity, and the representation of voice and voice-hearing in the work of Virginia Woolf, Charles Dickens and Samuel Beckett.