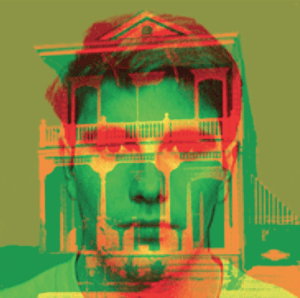 When we sense the world around us, how much of the experience comes from us – who we are, what we expect, how we are feeling – and how much comes directly from the outside? A popular theory of the mind and brain argues that many of our sensations are driven not so much by what’s happening outside, but by what we expect and predict, based on past experience. As long as those predictions are close enough, we keep them – and we only change our prediction if we get enough contrary evidence from outside. This is the rough idea behind “predictive coding” or “prediction processing” approaches to the brain.

Recently scientists and theorists have been interested in applying this idea to hearing voices and other unusual experiences. Earlier this month Hearing the Voice hosted our first workshop on Hallucination and Prediction, a series of talks and discussions aimed at discussing the topic in more depth. The workshop was divided into three parts: first, some general theoretical views on predictive processing; second, how we might apply it to understanding psychosis; and third, how we might use computational modelling and A.I. to study the topic.

Ben kicked off the first morning with a talk about the various ways in which predictive processing offers something new for the understanding of hearing voices: you can hear his talk here. He was followed by Mark Sprevak from Edinburgh philosophy department, who led us through six “good ideas”, that are important for predictive coding. Mark’s main point was that, though many ideas get bundled together under the “prediction” banner, it’s possible to agree with them in different ways without supporting all of a predictive coding approach.

Paul Fletcher (Cambridge) then offered a general outline of how prediction and expectation may shape our tendencies to have different kinds of unusual experiences, drawing on his recent research with Christian Teufel (available to read here). They showed last year that people who are more likely to hear voices or have unconventional beliefs are actually a bit better at using their prior knowledge when spotting objects in noisy or messy pictures – supporting the idea that they might be making different kinds of predictions to others. Finally in session 1, philosopher Richard Holton (Cambridge) offered a critical view on predictive approaches, raising the question of whether the theory offers a good account of perception without being a plausible overall theory of the brain.

The figure on the left contains a baby reaching for a ball. In Teufel et al. (2015), people who rated highly for unusual experiences were also better at using their prior knowledge to spot images that contained actual objects (the “test” stimulus, left) compared to those containing no underlying object (the “control stimulus, right). From Teufel et al. (2015), PNAS.

In the afternoon, Phil Corlett (Yale) took us through some intriguing new findings on predictive processing in people who her voices with and without psychosis, while Kelly Diederen (Cambridge) spoke about how we can measure different kinds of “prediction error signal” – basically, the marker the brain gives off when something violates our expectations. Kristiina Kompus (Bergen) provided an overview of how we measure a key neurotransmitter – glutamate – that may be important to understanding prediction changes in auditory regions of the brain, while Renaud Jardri (Lille) explained “circular inference”, a model of psychosis he has developed with Sophie Denève. Under the model, what we predict and the evidence contrary to those predictions (the “prediction errors”) become mixed up, leading to some expectations being held on to, tenaciously. It’s possible that some aspects of the model could help explain why people sometimes have quite unusual beliefs, even when they contradict their other beliefs (a situation known as “double book-keeping”).

On the second day, Micah Allen (UCL) presented his work on prediction and interoception, i.e. the awareness we have of our internal, bodily state. Micah’s work demonstrates quite nicely how changes to our internal state (such as having a racing heart or a dry mouth) also changes the confidence we attribute to our predictions to the outside world. This was followed by a talk by Keisuke Suzuki (Sussex), who showed us how Google Deep Dream and other computer modelling techniques can be used to simulate unusual experiences in the lab. Finally, Sam rounded off the workshop with a general summary and some key questions for where to go next with prediction and hallucination. An important point discussed by the whole group was at what “level of explanation” predictive approaches work best: while they are very theoretical, they might in some cases be helpful for understanding how the mind shapes are interaction with the world, in mostly beneficial but also sometimes counterproductive ways.

Within the coming weeks we will be making audio available for some of the above talks: if you would like to know more about predictive approaches we recommend Andy Clark’s 2013 article on the topic: Whatever Next?

Live tweets from the workshop can be found under the hashtag #HtVPrediction. To find out more about the workshop, download the workshop programme here.