‘Heading Out’ by Refiloe Lepere 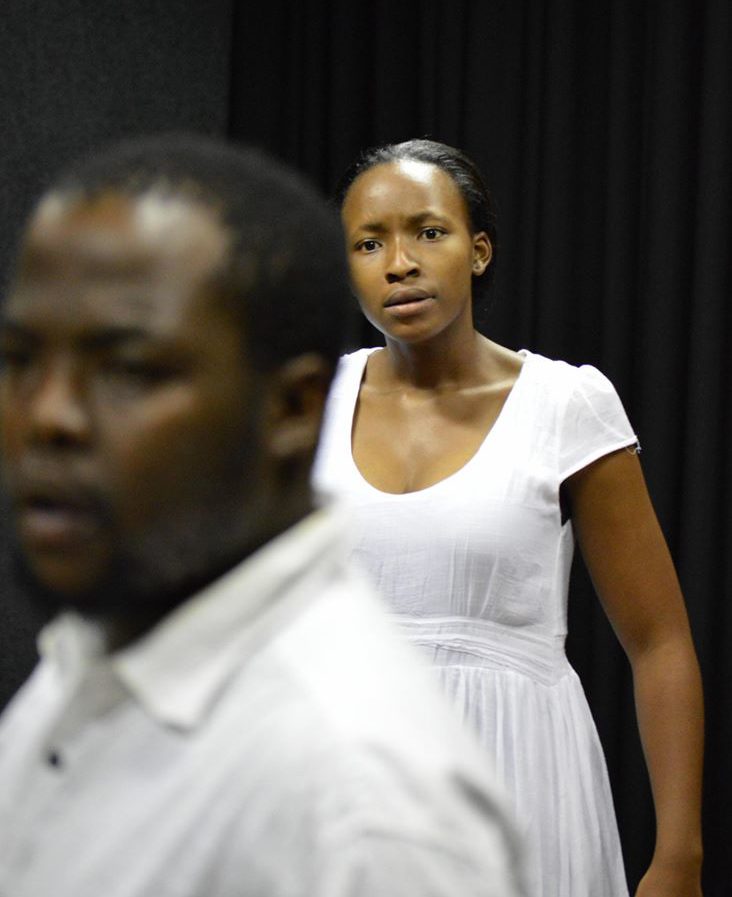 Refiloe Lepere is a lecturer at the University of the Witwatersrand, South Africa. She is a dramaturge at the South African State Theatre, a director, drama therapist, and writer. In her productions, she weaves history, statistics and personal narrative to address issues of social (in)justice, intersectional identities and the psychology of black people.

Heading Out explores the life of a voice-hearer who confronts her voice. The play was first performed at the Rattlestick Theatre in New York City (2013) and later at the Wits Theatre in Johannesburg, South Africa (2014). In this post for the HtV blog, Refiloe reflects on the making of the play and what she learned from the experience.

I’ve always heard a voice. In my head. For me, it was normal. My father used to talk to himself all the time. At church, everyone heard the voice of God. I thought, perhaps, the voice I heard was the voice of God too. It was conversational, soothing and peaceful.

In 2011, I learnt about mental health—diagnosis, stigma, and schizophrenia—while living in the US. I learnt that hearing voices meant that one was mad. I struggled with that. Was I mad? I wondered. This shifted my world. While training for my MA in Drama Therapy I worked with people who had been diagnosed with schizophrenia. ‘They hear voices,’ I was told by fearful colleagues. I was scared. In our counselling sessions, the clients were scared, blunt, disengaged. They showed me the face of my fear and their trauma – distrusting demeanours, flat, concealed emotions. I tried to put the drama into my work. I read all I could in books, but there was still no clear headway.

One night, while Skyping with my former supervisor from South Africa, I shared with him that I was working with people with ‘schizophrenia’. He was not entirely sure what that was. I explained that it was people who hear voices. He responded: ‘That should be easy for you, hey!’

‘Because you hear voices too.’

Like a child acquiring new language, I slowly grasped an inkling of revelation. I hear voices too. The difference? There was no fear.

The play Heading Out was created from the need to place myself as a voice hearer, and as an outsider – an artist and drama therapist. Inspired by Bessie Head’s novel a Question of Power, I look at how my three roles intersect, shift and interchange to explain what it means to hear and listen to the voices. I wrote the play and acted in it and asked a very close friend to direct me.

While working as a drama therapist, I discovered from my clients that they had difficulty in listening to their voices. Heading Out became an exploration of how one can listen to voices that are difficult, disruptive or challenging. Where do the voices come from? From inside, or outside ourselves? Should the voice(s) be silenced? While creating the play, I asked myself how performance could help me find a new way of understanding what it is like to hear voices. What is this listening I am asking the client to do? What are they listening out for? The play became a parallel process of creating new experience and at the same time questions the work of an outsider and insider who has to try and read the various visages of clients.

In the play the character of Selina wants to silence her voice Sello. However, Sello is not only a voice in her head. He is also a real person in her life, a lover she rarely sees. Selina can’t divorce herself from the dual relationship of Sello the voice and Sello the lover. The play takes the audience on a journey of real conversations and auditory hallucinations. The two characters keep shifting and exchanging roles, power and the protagonists’ responsibility. Sello is both real and mythical. He forces Selina to self-examine her outer and inner world, and gradually, she comes to terms with Sello’s presence and voice.

Heading Out offered me a place to meet my clients’ experience, appreciate its meaning and imbue it with aesthetic value. It also opened up an opportunity to teach audiences about hearing voices and raise empathy and understanding about the nature of voice-hearing experiences.

More information about Drama for Life can be found here.