‘The Representation of Agents in Auditory Verbal Hallucinations’ by Sam Wilkinson 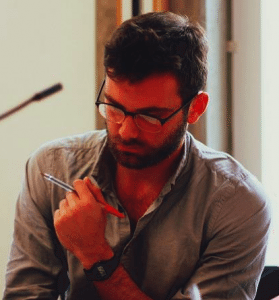 Our Postdoctoral Research Fellow in Philosophy, Sam Wilkinson, has recently written a fascinating piece exploring the representation of agents in voice-hearing experiences for the blog Imperfect Cognitions.  In case you missed it when it was first published, you can read the article in full below.

In this post, I will sketch some ideas from a paper that I have been working on with Vaughan Bell.

Current aetiological models of auditory verbal hallucinations (AVHs) tend to focus on the mechanisms underlying their occurrence, but often fail to address more fine-grained aspects of the content of the auditory experience. In other words, they tend to ask why there are AVHs at all, instead of asking, given that there are AVHs, why they have the properties that they have. One such property, which has been somewhat overlooked, is why the voices are often experienced as coming from (or being the voices of) agents, and often specific agents.

One reason why this has been overlooked (more by theorists than by clinicians) is perhaps the – explicit or implicit – view that, if we can account for the auditory experience, then the agency will follow. Thus Cho and Wu (2013, p.2) claim that ‘it is simple to explain why the patient misattributes the event to another person: that is what it sounds like’. According to such a view, I hear the voice of, e.g., my stepfather because my auditory experience has the properties that resemble those of my stepfather’s voice.

Of course, one problem with this is that, even if this is an accurate account, we need to explain why the experience has those properties and not others. If, instead, we see that what needs explaining is why it is the stepfather who is represented, and not some other agent, then we can potentially provide illuminating explanations in terms of the stepfather’s role in the subject’s life. Of course, these only form a relatively small subset (e.g. 4 out of 24 in Fowler et al. 2006) of AVHs, but I mean this as an illustration of how, if you change your explanatory focus, your explanations start to look very different. If you move the focus away from auditory properties, to the properties of the agent represented, whether it’s a specific individual from the subject’s past, a richly represented imaginary tormentor or friend, or just a particular type of agent, then the explanatory payoffs could be great.

Why might this shift in focus, away from the auditory, be warranted? There are a number of reasons for this, but here I mention just two.

The first is that some voice-hearers describe an experience of ‘soundless voices’. For example, one participant in a recent study told us: “It’s hard to describe how I could ‘hear’ a voice that wasn’t auditory; but the words used and the emotions they contained were completely clear, distinct and unmistakeable, maybe even more so than if I had heard them aurally”. This is in keeping with Chris Frith’s claim that AVHs can involve ‘an experience of receiving a communication without any sensory component’ (1992, p.73).

The second is that ‘voices’ are also ‘heard’ by congenitally deaf people. Jo Atkinson, a researcher in London, has done very important work correcting the ‘audio-centrism’ of mainstream clinical perspectives (Atkinson 2006). She has shown that deaf voice-hearers experience vague visual imagery like being addressed in sign-language, or of disembodied lips. But they do not, as was previously thought, have auditory experiences at all.

A wealth of literature in evolutionary and developmental psychology, as well as in cognitive anthropology, points towards the representation of agency as something that is “trip-wired” (Gurthrie 1980; Barrett 2000), developmentally early and potentially innate (Bates et al. 1975; Butterworth and Grover 1988; Morton and Johnson 1991), and can plausibly enter into the very content of an experience (Johnson 2003). In other words humans can experience “illusions of agency”, even if they don’t go on to believe that agency is present.

This article was first published on the blog Imperfect Cognitions on Tuesday 9 September 2014.