‘Telling the Real from the Unreal’ by Charles Fernyhough

In his blog ‘The Voices Within’ for Psychology Today, our project director Charles Fernyhough writes: 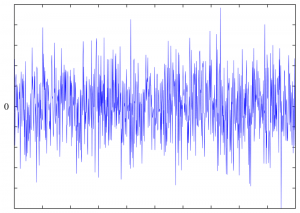 A person hears a voice in the absence of any speaker. Did the utterance really happen, or was it an internally generated event that somehow got mistaken for something that happened out there in the world? The idea that voice-hearing relates to how people draw the line between imagination and reality has been well supported by scientific research. People who experience auditory hallucinations tend to make more mistakes on tasks that require them to state whether an event really happened or whether they just imagined it. In one widely used task, participants listen to blocks of white noise, some of which have snippets of speech embedded in them. The volunteers have to say whether or not a block contained some speech. Several studies have shown that people who are prone to auditory hallucinations are more prone to making false alarms on this task: In other words, they say that speech was there when it wasn’t really. It’s as if they are more likely to say “Yes, I heard the speech” when actually they had just imagined it.

In a new study1, my PhD student David Smailes was intrigued by the finding that negative emotions precede voices for some voice-hearers. David explains: “My interest in the link between emotion and psychotic experiences comes, in part, from the work of people like Daniel Freeman and Philippa Garety, who have suggested that emotions might be more important in the development of psychosis than we had previously thought. Looking at that link is potentially one way of understanding how and why psychotic experiences fluctuate–for example, why a person hears voices, or experiences paranoid thoughts, at some times, but not others.”

Is there any evidence that voices and emotions are linked like this? David goes on: “Several studies (like this one and this one) involving people who hear voices suggest that some kind of negative emotion often precedes the onset of voice-hearing in people’s day-to-day lives, with anxiety perhaps playing the most important role. If reality discrimination is as important as we think it is in understanding why a person hears voices, then one possibility is that negative emotions predispose a person to hear voices by weakening their reality discrimination abilities.”

David’s study didn’t focus on voice-hearers, but rather ordinary university undergraduates. He wondered whether, if you could change people’s emotions through a mood induction (manipulating people’s mood artificially), you could affect how likely they were to make reality discrimination errors on the white noise task. “We created a neutral mood or a negative mood in participants by asking them to recall and write about a neutral memory, or a negative memory. We found that participants who completed a reality discrimination task after recalling a negative memory confused internal, mental events for external, ‘real’ events more often than did participants who completed the task after recalling a neutral memory.” Two other recent studies (this one and this one) have reported similar findings.

One obvious limitation to the study is that it only looked at university students, who aren’t very representative of the general population. And these processes might work differently in people who hear voices, especially those with psychiatric diagnoses. Addressing these concerns is part of David’s ongoing research plans: “It would be really helpful to know whether we can replicate our finding in a sample of people who hear voices, and that is something we are planning to do in the near future.”

What about implications for people who are distressed by the voices they hear? David thinks there could be several. “If we can show that negative emotions weaken reality discrimination in people who hear voices, one implication is that interventions (such as this one) that aim to improve voice-hearers’ reality discrimination abilities should focus on improving voice-hearers’ emotion regulation skills, as well as their cognitive skills.”

All of this work is being conducted within a cognitive model of voice-hearing in which it is useful to think about the distinction between reality and imagination. Many voice-hearers find their voices positive, if not merely neutral, and would strongly reject the idea that their experiences are ‘unreal’. Voice-hearers’ experiences are very real, and often very meaningful. Asking questions like this isn’t about trying to explain these mysterious experiences away, but rather to delve deeper into the psychological and neural processes that underlie them.

1 Smailes, D., Meins, E., and Fernyhough, C. (2014). The impact of negative affect on reality discrimination. Journal of Behavior Therapy and Experimental Psychiatry, 45, 389-395. (You can read the full text of the article here.)