‘Voices in the News’ by Charles Fernyhough 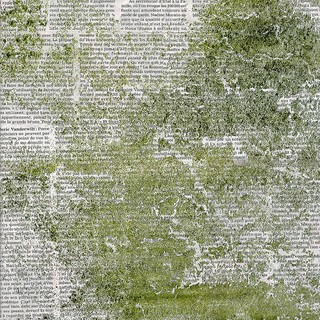 In his blog ‘The Voices Within’ for Psychology Today, our project director Charles Fernyhough writes:

‘Negative attitudes about mental illness are slow to change. In one analysis of data from the 2006 US General Social Survey, 62% of respondents said that they would be unwilling to work with a person with schizophrenia; 60% expected that someone with schizophrenia would be violent towards others. The authors reported little change from equivalent data collected ten years earlier. These negative attitudes towards mental illness can have profound effects on the lives of those with a diagnosis. Visits from neighbours dry up; social invitations decline. And the effects on patients’ perceptions of themselves can be far-reaching, with so-called ‘self-stigma’ associated with lower self-esteem, avoidance of treatment and reduced adherence to it, and increased risk of hospitalization1.

Although the effects of negative public attitudes to schizophrenia and other disorders have been the focus of some research, attitudes to specific unusual experiences such as voice-hearing have not received much attention. A recently published study2 set out to investigate whether media reports of the experience match up with what the science says. The author, Ruvanee Vilhauer from Felician College, New Jersey, looked at a sample of 181 newspaper articles from the US, obtained from a database that provided access to over 5,600 sources including national and regional newspapers. Among the search terms were ‘auditory hallucination’ and ‘hearing voices’. Articles that met the criteria from a one-year period in 2012–2013 were included in the analysis. The papers sampled ranged from the New York Times to small local papers.

The results were sobering. 84% of the articles contained no suggestion that voice-hearing can be ‘normal’. That positive view was contained in only 23 of the 181 articles, five of which were a review of Oliver Sacks‘s book Hallucinations, which has a clear anti-stigma message. Another ten of these more positive articles put voice-hearing in religious or spiritual context, for example considering the case of Joan of Arc.

Most of the articles (81.8%) connected voice-hearing to mental illness. In some cases, auditory verbal hallucinations were simply equated with insanity. Some articles linked voice-hearing to a tragic lack of control (for example, ‘When a psychologist asked him afterward [after he had killed 3 people] why he went with guns to his school, he said, “I had no choice,” referring to auditory hallucinations commanding him to do so.’) Another common assumption was that hallucinations are frightening (‘deeply scary’, in one article).

When a specific diagnosis was mentioned, schizophrenia was predictably the most common (37% of articles sampled). Some articles recognized that voices occur in other disorders, such as bipolar disorder anddepression. Several linked voice-hearing to drug use, including marijuanaand alcohol. More than half of the articles linked voice-hearing to criminal behavior, mostly involving violent crimes. In just under half (47%) of the articles, voices were linked to violence towards others. In just under a fifth, a link was made to suicide or suicidality.

Positive correlates of voice-hearing were thin on the ground. Ten articles linked voice-hearing to creativity (four of these were reviews of Sacks’s book). A further 13 linked the experience to other positive attributes such as spirituality.

The study has a few limitations. Firstly, public understanding of voice-hearing is likely to be different in countries outside the US: for example in Europe, where the international Hearing Voices Movement is well established. As the author admits, the sample size was relatively small. And the study’s design means that no causal connections can be drawn between mistaken media representations and increased stigma.

The author’s conclusion was that ‘the news media examined tend to present a misleading and largely pathologizing view of AVH’. These misperceptions are important because media reports are arguably a barometer of public understanding of an issue, and can also shape those understandings, worsening the problem of stigma. They can also negatively affect how voice-hearers themselves react to and interpret their experiences.

Above all, these media stereotypes about voice-hearing fly in the face of research that shows that hearing voices can be an ordinary part of many people’s everyday lives. That’s the topic of the next post.’