The next seminar in the Hearing the Voice Research Seminar series, featuring a presentation by Dr Hilary Powell (Postdoctoral Research Fellow in the Centre for Medical Humanities and Department of English Studies) on ‘Picturing Thought: Voices, Visions and Demonic Encounters in the Early Middle Ages’, will take place in the Birley Room at Hatfield College at Durham University (number 20 on this map) on Thursday 13 March 2014, 5 pm – 7 pm. 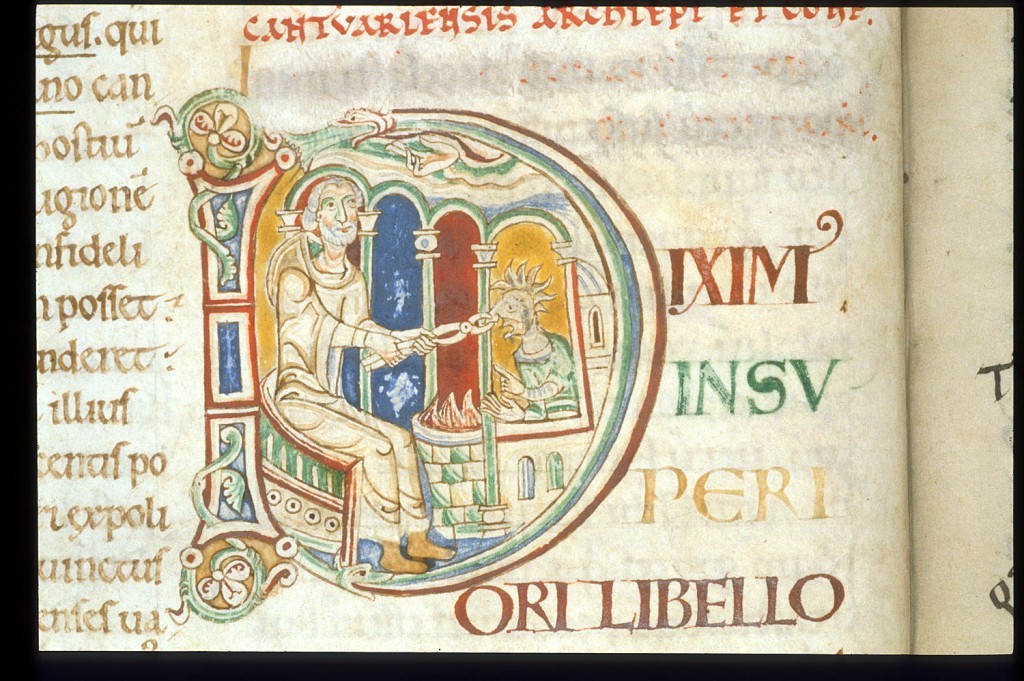 Abstract: Hearing demonic voices or experiencing demonic visions was a familiar theme in medieval hagiographical literature. For many modern scholars, accounts of demonic assaults merely distract from the historical authenticity of the narrative. They are often dismissed as fantastical digressions, either products of authors’ unbridled imaginations or hagiographical commonplaces drafted in to spice up the Life of a long-dead saint. Thus demonic encounters are assumed to have been little more than entertainment or, at best, edifying tales which warned against the dangers of demonic temptation and helped perpetuate patterns of religious conduct. Little attention has been paid to how demonic episodes operate within these texts, the referential traditions into which they tap and how they may have been read by the monastic audiences for whom they were written. Still less attention has been devoted to their cognitive utility and the way in which the images they conjure may have been memorised and subsequently recalled and redeployed by their readers. This paper focuses on the hagiography of St Dunstan, exploring how the demonic  encounters found in the different texts encouraged different ways of engaging with the narrative and supplied monastic readers with innovative cognitive tools to ward off signs of mental distraction and intrusive thoughts. Moreover, it will draw attention to the significance that hearing demonic voices had in the world of the medieval cloister.

Anyone with an interest in Hearing the Voice research is welcome to attend. If you would like to reserve a place please contact Victoria Patton.

Other Hearing the Voice research seminars scheduled for 2014 include:

All seminars will take place in the Birley Room at Hatfield College from 5 pm to 7 pm. For more information, please contact Victoria Patton.