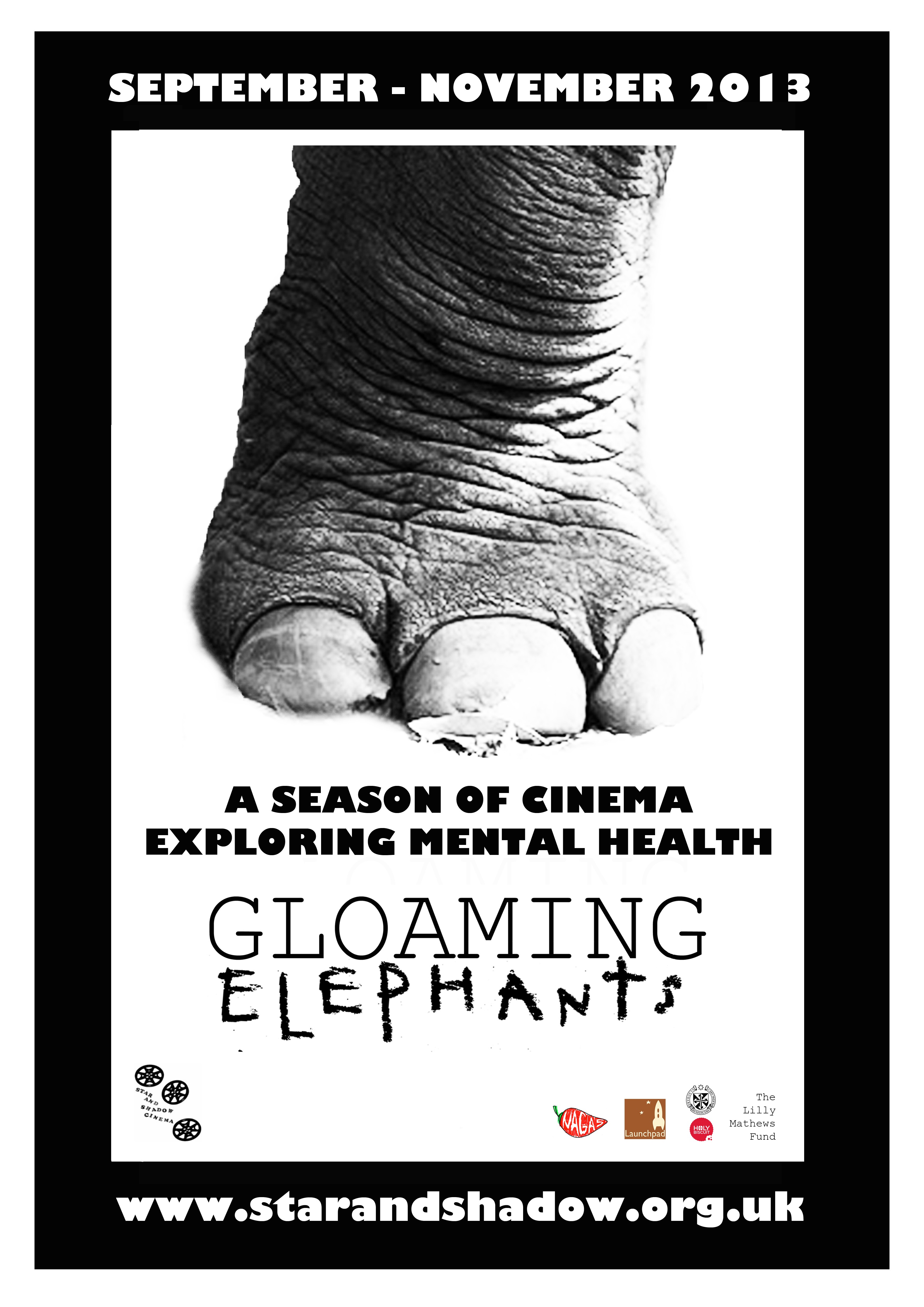 After last year’s successful film season, Between an Elephant’s Toes & Trunk, the Star and Shadow Cinema once again invites us to examine our perceptions of mental health.  A new season, Gloaming Elephants, will feature seven nights of film and other events that explore radically different attitudes to and definitions of mental health.

Popular media, cinema especially, has a long history of documenting mental health as something drastically set apart from our accepted concept of the ­­­­­norm. Individuals with mental health problems are commonly portrayed as psychotic murderers; think, for example, of Norman Bates (Psycho), Travis Bickle (Taxi Driver) and Michael Myers (Halloween).  More recently, however, films like Rain Man, Forest Gump and A Beautiful Mind have presented us with an alternative, often sympathetic view. What these films all have in common, though, is their tendency to isolate the individual, the madman, the nutter, the mentally unstable and identify this single character, whether troubled genius or psychotic murderer, as something set apart from our concept of ‘normal’.

Tickets for each film cost £5 on the night, or £3.50 for concessions.
Season tickets offering all 6 films for the price of 4 will be available nearer the time.

The Season has been compiled by Launchpad and Newcastle and Gateshead Art Studio (NAGAS) in collaboration with the Star and Shadow Cinema and St. Dominic’s, Blackfriars and has been kindly supported by The Lilly Mathews Fund.

Launchpad is platform organisation run by and for mental health service users in and around Newcastle.
NAGAS is an art studio that provides creative opportunities for those who are, or at risk of experiencing diagnosed mental health problems.
St Dominic’s is a Catholic parish church fast emerging as an arts venue in collaboration with numerous local organisations.