Hearing the Voice is delighted to advise that Jacqui Dillon is now an Honorary Research Fellow in the School of Medicine, Pharmacy and Health at Durham University. 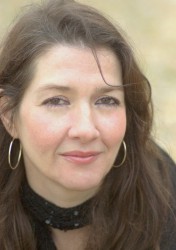 Jacqui is the national chair of the Hearing Voices Network in England, a key figure in the international Hearing Voices Movement, and an internationally renowned campaigner, writer and speaker.  She has published extensively on voice-hearing, psychiatry, trauma, dissociation and new approaches to understanding schizophrenia and psychosis, and worked to change policy and practice at local, national and international levels.

Jacqui has been a member of the Hearing the Voice Advisory Board since 2011, and has played a role in determining the overall shape of the project.   In early 2013, she delivered a three-day Hearing Voices Group Facilitation training workshop at Durham University, which was hosted by HtV and has had a major impact on the development of Hearing Voices groups in the region.  She is also co-editing a special issue of Psychosis with HtV team members Angela Woods and Simon McCarthy-Jones, which arose from a Hearing the Voice workshop held in Durham in 2011.  In addition, Jacqui is an advisor to the Tyne, Esk and Wear Valleys (TEWV) NHS Foundation Trust and will play a key role in developing collaborations and opportunities for knowledge exchange between TEWV and Hearing the Voice.

The Hearing the Voice team is delighted to welcome Jacqui to Durham University and we look forward to working with her for the duration of the project.