Hearing the Voice at Cognitive Futures of the Humanities

Peter Garratt, lead researcher of the Cognitive Futures in the Humanities AHRC Network, writes: I am grateful to Angela Woods, Pat Waugh, Hilary Powell and Marco Bernini for representing Hearing the Voice in a panel session at the Cognitive Futures of the Humanities conference at Bangor University, 4-6 April 2013, the first major conference associated with this AHRC network. From an organiser’s perspective, this represented a hugely important contribution to the range of approaches featured in the conference’s programmed panels, papers and keynote talks. Presenters representing a number of disciplines (literature, linguistics, art history, digital media, film studies, and beyond) offered different perspectives on research in the cognitive and brain sciences.

How the ‘cognitive turn’ might influence investigative methods in the humanities remains a contested and at times controversial question; how expertise from the humanities can shape scientific practices is harder still to gauge. By asking what the phrase ‘cognitive humanities’ might mean, the conference sought to understand some of the many complex ways in which, very broadly speaking, meaning is made by brains, bodies, minds and culture. It also served to test a certain kind of interdisciplinarity: how validly, say, can concepts and models move between different discursive regimes, between the sciences and humanities, without risking mere allegorisation? Work at the intersection of cognitive science, phenomenology and literary studies, for example, was particularly illustrative of emerging frameworks drawn from approaches to the embodied and enactive mind that are taking hold in areas such as theatre and performance studies.

The Hearing the Voice papers from Hilary, Marco and Pat, supplemented by a contextualising introduction from Angela, showed in three distinct ways that literary creativity, not simply ‘narrative’ in some weaker sense, has a vital role to play in new methodological ventures such as these. Their papers on (respectively) medieval miracle narratives, Samuel Beckett and sonic experience, and the occluded history of Modernism and phenomenology, also took the conference theme valuably towards the medical humanities. Two of the keynote speakers similarly tackled issues related to forms of cognitive disorder, namely mindblindness (Elena Semino) and delusional beliefs (Shaun Gallagher). Gallagher’s closing address, ‘Why We Are Not All Novelists’, was a characteristically impressive constellation of ideas from neuroscience, philosophy, and theories of fictionality, which asked whether ordinary mental transitions in and out of make-believe worlds have anything in common, cognitively speaking, with experiences of pathological delusions. Like Gallagher’s paper, the Hearing the Voice panel brought richness and nuance to this kind of cross fertilisation of ideas, in ways that paid attention to the historical dimensions of cognitive normativity and insisted on the centrality of imaginative culture to future interdisciplinary work.

Evidence of such progress will hopefully be seen at the next major Cognitive Futures conference, in Durham in April 2014. In the meantime, my sincere thanks go to all the above from HtV for their wonderful contributions to the Bangor conference and the wider research network. 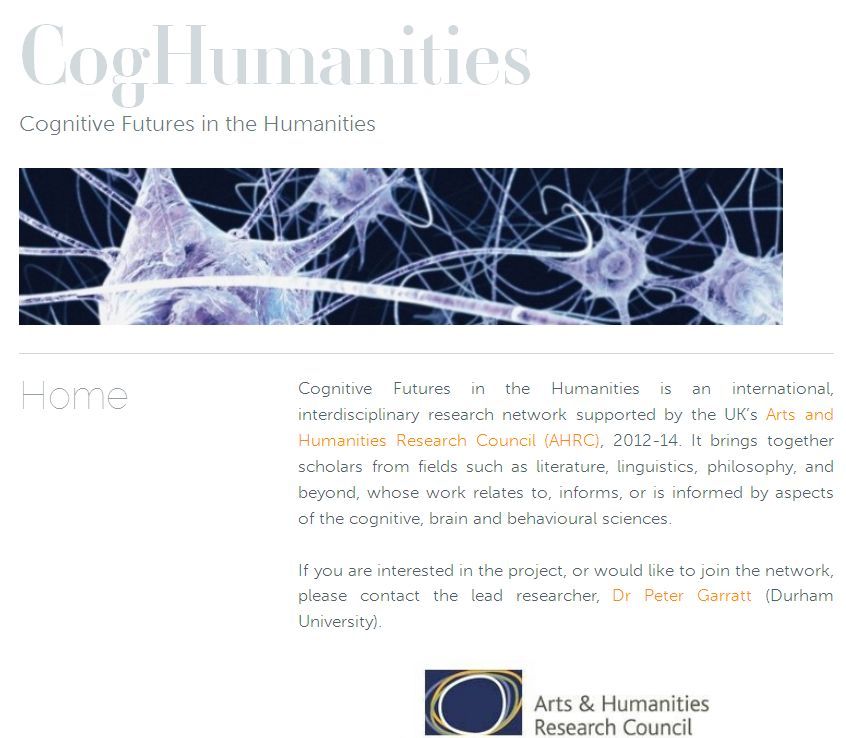