Review of ‘The Good Story? Arabella Kurtz in conversation with Angela Woods’ by Dr Richard Walsh.

Dr Richard Walsh, 2016–2017 Fellow at the Institute of Advanced Study and Reader in the Department of English and Related Literature at the University of York, reflects on ‘The Good Story? Arabella Kurtz in conversation with Angela Woods’ hosted by Hearing the Voice and Durham’s Department of English Studies. 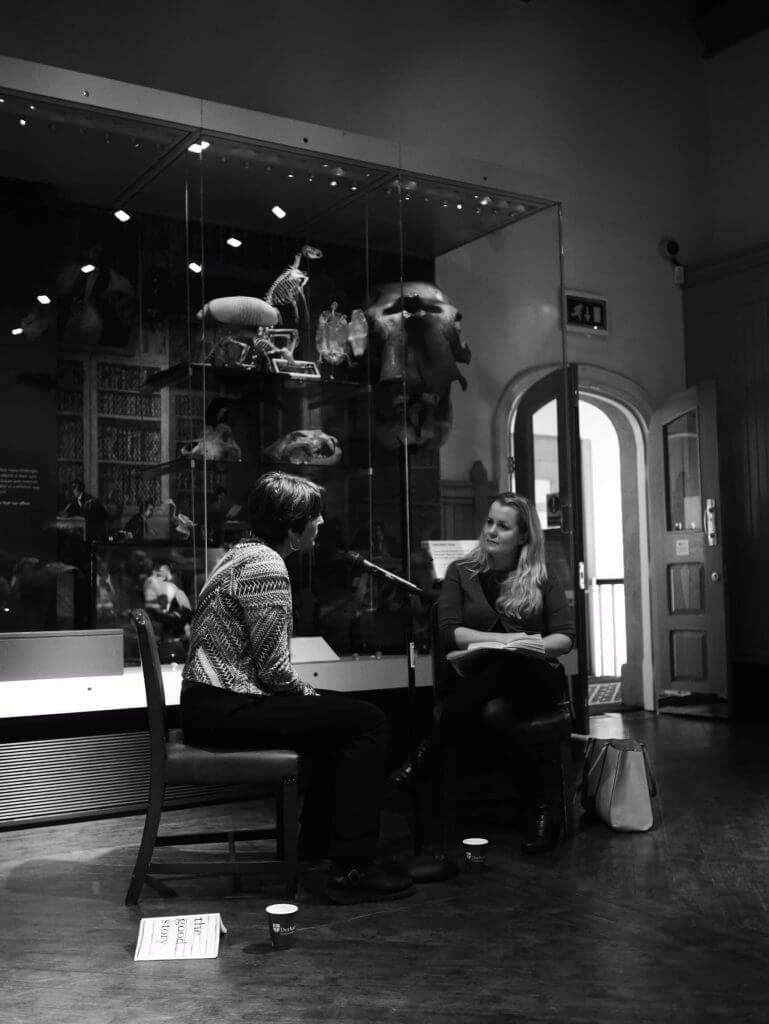 Arabella Kurtz is the co-author, with J.M. Coetzee, of The Good Story: Exchanges on Truth, Fiction and Psychotherapy (2015); in the course of the evening’s event we learned a little of how this interesting and seemingly unlikely collaboration came about, as well as something of the experience of writing in the epistolary dialogue form they adopted. Introduced by Angela Woods, Kurtz was drole about her own temerity in first approaching Coetzee, by email, and the unexpected degree of commitment with which he subsequently took to the project. It appears that the key ingredient was a “reciprocal fascination” with each other’s spheres of expertise, Coetzee being unfamiliar with the current theory and practice of psychoanalytic psychotherapy, and Kurtz being neither a novelist nor a literary scholar. In this respect the dialogue form was essential; she gave a reading from the book which gave the flavour of its exchanges and raised the substantive issues on which it turns. The following questions from Angela Woods took up the theme of narrative’s place in therapeutic practice, and further responses from the floor opened up other aspects of the book, primarily from within a literary-critical frame of reference.

The context of the Hearing the Voice project, though tacit in much of the discussion, lends a particular perspective on the event. The book itself relates to voice hearing in a general way to the extent that concerns questions of mental well-being and the therapeutic methods that are appropriate to that end; but perhaps more pointedly (if more abstractly) it relates to the fundamental problem of how we impose form upon experience – the need to contain it, give it coherence, make sense of it, but also the risks and costs of doing so. Questions both of truth and of psychological health are at stake in our negotiations with this problem; Coetzee and Kurtz take different positions on what the relation between them is or should be. The particular form of narrative is at the heart of the exchange, and Coetzee, the expert in stories, takes the more sceptical view of their value. Narrative, for him, is fiction, precisely because it is an imposition of form; the contingencies of selection, emphasis, orientation are always motivated, whether by compelling psychological needs or by other interests and ideological imperatives (the issue is given broader scope by a running analogy with the way national narratives accommodate political and social investments). For Kurtz, more immediately engaged with the urgent concern of individual psychological distress, the question of narrative is framed in terms of subjective truth, the effort to find an intellectually and emotionally adequate form for ‘truth as experienced.’ While Coetzee avows himself nostalgic for an idea of truth that he simultaneously renders unattainable in principle, Kurtz effaces the question of truth by treating “experience” as both the raw material of narrative sensemaking and itself already narrative in form.

As Coetzee acknowledges in the book, and as Kurtz observed in conversation, their dialogue moves in a circle rather than evolving. The evening’s dialogue followed a similar trajectory, perhaps consolidated by the circumstance that the structural encounter of the book found an echo in the encounter between Kurtz’s own psychotherapeutic perspective and the predominantly literary perspectives of the audience. This is perhaps salutary, given that the drive towards synthesis and resolution is itself thrown into question at the psychological level by the Hearing the Voice project. The unity of selfhood and the integrity of selfhood are not exactly the same thing, and neither are given. There are other forms than narrative and, especially where the resistance to narrative is strong, other forms may have greater integrity, may better serve to mediate between truth and well-being. Fairly early in the book, Coetzee is led to reflect upon dialogue itself, and draws a contrast between his own sphere of expertise and Kurtz’s: while the therapeutic situation requires two persons, stories are written by one. Near the end he touches upon dialogue again, but in different terms: writing, he says, ‘involves finding one’s way into the voice that speaks from the page, the voice of the Other, and inhabiting that voice, so that you speak to yourself (your self) from outside yourself. The process is thus a dialogue of sorts, though an interior one’ (p. 179).

Share This
lordcasinobonus.com aresbetx.com
along with the Swiss made along with the Geneve writings. Another essential a part of any replica rolex watch consists inside the look of the dials, is new for Laurent Ferrier s collection and refers to the certain elements of the dial. We ll definitely have some hands-on time with this piece during SIHH 2017 and so we ll come back to it with our own photos in a more in-depth review, an ultra-thin automatic movement with a 2.35mm profile, Shop the daniel wellington range from Selfridges for a wide range of daniel wellington products | Available to buy online from Selfridges.com Daniel Wellington Watches Man Psyche.
bodrum escortbeylikdüzü escortyalıkavak escortbodrum escort escort bodrum yalıkavak escort escort yalıkavak,bodrum escort bayan yalıkavak escort bayanadana escortçeşme escort alaçatı escort ılıca escortbodrum escortbodrum escortataköy escortseks hikayesiesenyurt escortesenyurt escort bayanbeylikdüzü escort bayan