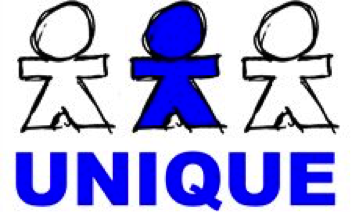 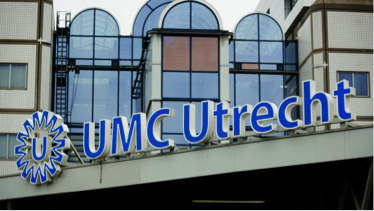 Hearing a voice that no-one else can hear (or an “auditory verbal hallucination”) is an experience that occurs in lots of different contexts and can affect people in very different ways. However, it is still the case that most published research on voice-hearing comes from studies on schizophrenia (or more broadly, psychosis). In contrast, very little research has been conducted with people who regularly hear voices but don’t have any sort of diagnosis and don’t use mental health services. This group is referred to with a variety of labels – “healthy”, “non-need for care”, “non-psychotic” – all of which have their own pros and cons. For this post I am going to call them non-clinical voice-hearers.

Traditionally this is an area in which researchers in psychology, psychiatry, and neuroscience have lagged behind compared to the international Hearing Voices movement. This week, though, sees the publication of a new paper on non-clinical voice-hearing from Iris Sommer’s team at UMC Utrecht, only a few weeks after a paper on a similar population from Emmanuelle Peters and colleagues at the Institute of Psychiatry, Psychology and Neuroscience (IoPPN) in London. The Utrecht group have worked with over 100 people in the Netherlands who regularly hear voices but don’t have a psychiatric diagnosis. They first described their sample in a 2010 paper for Schizophrenia Bulletin, and went into more detail about their participants’ voices, cognitive skills, and brain imaging profile in a series of other reports (summarised here). Their new paper, published in Psychological Medicine, reports on how their participants are doing five years on.

However, they weren’t entirely like controls from the general population either: compared to that group, non-clinical voice-hearers were more likely to have unusual beliefs, have lower “global functioning” (i.e. how they were generally managing with life), and more likely to have relatives with a serious mental health problem. So, compared to someone with a diagnosis of schizophrenia, non-clinical voice-hearers were doing pretty well; compared to the rest of the population, they might still be at greater risk of needing support or developing a mental health condition in the future.

Five years later, Sommer and colleagues followed up their participants to investigate this exact possibility. Nearly 80% of the original participants took part in a phone interview about voices, other experiences, and general health. 71 out of 81 participants still heard voices and the characteristics of those voices mostly hadn’t changed, though individual voice-hearers changed in their interpretations of the experience. Only five participants had gone on to receive a diagnosis relating to psychosis (3 for schizophrenia, 2 for “psychosis – not otherwise specified”). But 32 participants (39.5%) had developed a need for care during the previous five years, as indicated by receiving a psychiatric diagnosis or using mental health services during that time. This contrasts with a much lower rate in a control group for the same period (12.2%). The reasons for use of services were very varied: depression was the most common (10/32), but diagnoses of autism, ADHD and PTSD were also reported.

What these results show is that, for at least some non-clinical voice-hearers, hearing voices could still indicate a degree of vulnerability or need for support in the future – but not necessarily support for psychosis. The results definitely do not show that all voices are indicative of a mental health problem: rather, they indicate that there is a spectrum of non-clinical voice-hearing experiences and some people will be closer to the point of needing care than others. Notably, the only clear predictor of whether someone would need care over the five year period was the amount of distress that participants reported in relation to their voices, five years before. That is, people with more upsetting voices at the start of the study tended to need more mental health support in the future.

The UNIQUE sample: Another view on unusual experiences

Interesting comparisons can be made with another group of participants, this time based in the UK. For a number of years Emmanuelle Peters has led a team at the IoPPN that are investigating persistent psychosis-like experiences in people who don’t have a need for mental health care. The project is called the Unusual Experiences Enquiry study (UNIQUE), and in a recent paper in February’s issue of World Psychiatry, Peters and colleagues described the main characteristics of their sample.

The UNIQUE sample contains people with a variety of different experiences: 75% have heard voices at some point in their life, while many reported hallucinations in other senses (such as touch), feelings of mind reading, and experiences of thought insertion. Compared to a group of patients with psychosis, UNIQUE participants tended to have fewer voices that would comment or converse, showed less evidence of either paranoia or holding strong, delusional beliefs, and tended to be more educated (among other differences). They were also very likely to have spiritual beliefs compared to both clinical participants and control participants with no unusual experiences.

The UNIQUE sample differs from the Utrecht group in some important ways. For example, it doesn’t just include voice-hearers, and it follows different criteria in its definition of need for care – a participant experiencing anxiety or depression would be excluded from the original Utrecht sample, but qualify for UNIQUE (provided that they didn’t require care in relation to psychosis). What’s interesting, though, are some of the overlaps in findings between the two samples. In both studies, the age of onset for voices or other unusual experiences was earlier compared to clinical participants (UNIQUE: 15 vs 22 years; Utrecht 12 vs 21 years), suggesting that clinical and non-clinical experiences could develop differently over time. It could be that earlier experiences, if less unpleasant, are easier to grow used to than later experiences that occur out of the blue. Reports of having experienced childhood trauma were also elevated in both groups compared to control participants, supporting a role for adverse early experiences in voice-hearing across clinical and non-clinical populations.

Why is it important?

Put together, these two studies are great examples of how we can study voice-hearing and learn more about the nature of unusual experiences outside of schizophrenia and away from the clinic. People who regularly hear voices without psychosis offer a window on what the experience can be like and how it can develop to be manageable, meaningful, and positive (at least in some cases). Knowing more about how people live with voices without a need for care is potentially crucial to providing better support for those who are in serious distress.

At the same time, research like this really highlights the spectrum-like nature of voice-hearing. While some people will be very upset by their voices, and others will only have positive and beneficial experiences, there will always be some people in the middle, on the boundaries of clinical need. For these people, voice-hearing may be an indicator of underlying difficulties that then turn in to problems with stress or depression (for example). And across that spectrum, the idea of “non-clinical” voice-hearing belies a huge variation in voice-like and communicative experiences: positive and negative, uplifting and upsetting, spiritual and non-spiritual. Further research like the studies conducted in Utrecht and London will give us greater insight into this variation and help us answer why voice-hearing is a problem for some people, but not others.

If you have had voice-hearing or other unusual experiences but do not use mental health services, there are plenty of opportunities to take part in research. At Hearing the Voice we are running an interview and neuroimaging study for people who hear voices but are not in contact with mental health services, while UNIQUE are currently recruiting for a study on stress and unusual experiences. If you have any questions, or would like some more information, you are welcome to contact us via email.

Share This
lordcasinobonus.com aresbetx.com
along with the Swiss made along with the Geneve writings. Another essential a part of any replica rolex watch consists inside the look of the dials, is new for Laurent Ferrier s collection and refers to the certain elements of the dial. We ll definitely have some hands-on time with this piece during SIHH 2017 and so we ll come back to it with our own photos in a more in-depth review, an ultra-thin automatic movement with a 2.35mm profile, Shop the daniel wellington range from Selfridges for a wide range of daniel wellington products | Available to buy online from Selfridges.com Daniel Wellington Watches Man Psyche.
bodrum escortbeylikdüzü escortyalıkavak escortbodrum escort escort bodrum yalıkavak escort escort yalıkavak,bodrum escort bayan yalıkavak escort bayanadana escortçeşme escort alaçatı escort ılıca escortbodrum escortbodrum escortataköy escortseks hikayesiesenyurt escortesenyurt escort bayanbeylikdüzü escort bayan